After the International break,the Premier League action is back as Chelsea will host West Brom today at Stamford Bridge. The Premier League leaders will look to maintain their unbeated record by securing their 3rd consecutive win against WBA. On the other side, West Broom will look to gain at least one point from this battle. 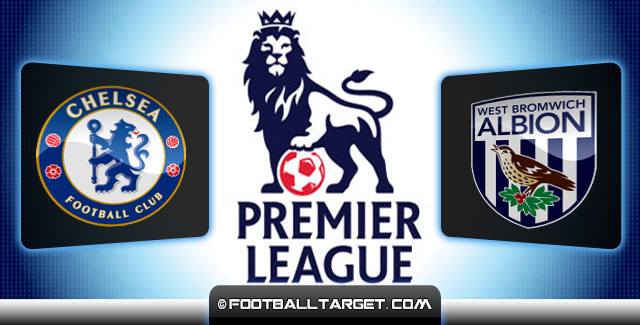 Chelsea
Chelsea are leading the table of the Premier League after 11 weeks, with 4 points of difference from Southampton who actually sits second on the list.Lately, Chelsea boss Jose Mourinho criticised his fans for not supporting his invincible team as he feels like he’s playing in an empty stadium.

Mourinho’s side might be unbeaten this seasons, but in the last season they found it hard against the Baggies as they failed to beat them in any match.

The Portuguese got no injury as Schurrle, Diego Costa and Cesc Fabregas are once again available to play. All the players mentioned above retired from their national teams last week as they suffered minor injuries.

Once again , Mourinho will count on Diego Costa- Hazard abilities to score and to Fabregas as a playmaker role. The Spanish International striker has scored 10 goals in 9 games with Chelsea at his first season at Premier League.

West Brom
The visitors today came up with the intention to make a surprise and secure points to stay away from the relegation zone. WBA manager confident that his side may come unbeaten from this battle even that the opponents have better qualities.

Irvine said : “I would probably argue that Chelsea have strengthened a very good squad from last year by adding some exceptionally good players.Chelsea are stronger but it doesn’t mean we can’t get something from there. We have a chance but we will need to play extremely well.”

The visitors will miss Jonas Olsson and Sébastien Pocognoli today for achilles and harmstring injuries, but beside the bad news , they got Craig Gardner back from suspension.