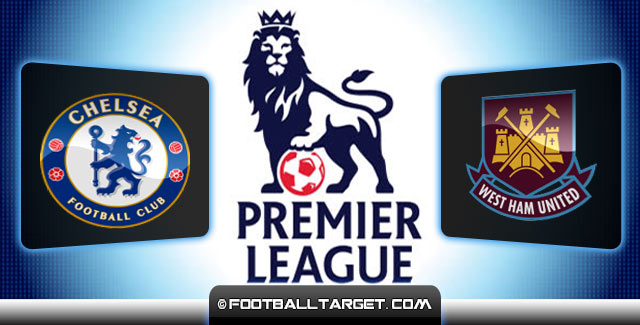 Chelsea will face West Ham in the London’s Derby this friday at Stamford Bridge. The Premier League leaders will look to extend their winning streak in all competitions against West Ham, the surprise of the season. The Hammers find themselves 4th in the table for the first time since 1985.

Chelsea
After confirming themselves as the league leaders against Stoke City last week, this time The Blues will look to do the same against a stronger opponent on the Boxing Day. Jose Mourinho’s side has remained unbeaten on their last 9 games played on this day [5 wins and 4 draws].

Back on the last season clash when Chelsea failed to win against West Ham,The Blues manager stated that The Hammers went playing a “19th century football”.

On the pre-match interview the Chelsea boss told to the reporters that his team will continue the good run. He also stated that his team is one of the best on England and despite the difficulty of the Premier League – Chelsea will win the title this season.

“I feel we can do it. We are ready to do it. We have prepared ourselves. We really believe that we are going to do it.

“At the same time, feet on the ground. You have to understand the country where we play. The level of competition makes things more difficult than everywhere else.

“At the same time it’s more beautiful because every point is a point, every game is a game and every weekend is a weekend and emotions from the beginning till the end.” told Mourinho to the press.

The 23 years old – Eden Hazard is in doubt for tomorrow’s derby after the slight injury he picked up against Stoke City after a challenge from Jonathan Walter. The Belgium International admits that he left behind the injury and hopes to start from the 1st minute on Friday.

Hammers second only to Chelsea – Mourinho

West Ham
Sam Allardyce’s side will look to extend their winning strike to 5 games this friday, despite The Hammers did beat Chelsea only once in their last 17 games on the last decade.

West Ham goalkeeper Adrian admits that friday’s match will be very different from
the last season clash as their football is different, and they have better chances to win.

Adrian continued : “Of course, we are away from home and we still need to be resolute but this time we have attacking ­players, we are fourth in the Premier League.

“This time we will go there and attack Chelsea. Why not? We want to get three points.

Sam Allardyce doesn’t have many problems tomorrow as he have only Tomkins and Noble in doubt for tomorrow.