This week in the Italian Serie A it plays regular league championship, and 32nd in order,with ninth mutual duel of Chievo and AC Milan, who has a surplus of 22 points. That fact alone tells us who is an absolute favorite, and if that isnt enough then we mention the fact that the “Rossoneri” all 10 of the their last games with Chievo resolve in its favor. 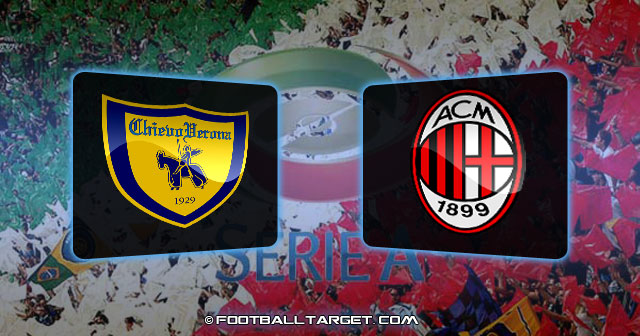 So at the end of November last year the popular “flying donkeys” from Verona at San Siro were declasse with even 4-0, but we must also know that this season they played much worse than in the spring. Namely team of Chievo particularly good games provided in the last month, when they link first, two draws and then two wins, so with these eight points they not only escaped the danger zone, but even came up to the excellent ninth place on the table

Unlike Chievo, Milan players just in the last two rounds ended their winning series, and the first with draw on away match at Catania, and then with a sensational home defeat by Fiorentina (video).

After these matches again the leading position in Serie A took over Juventus, which has a point ahead of Milan, so the coach Allegri announced that his players already against their older customers from Verona will seek the return of winning habits, because this is really the only way to remain in the fight for the title.

Otherwise, these last two games in addition to Champions league ones with Barcelonahave on best way showed how much Milan player have wasted them physically and mentally .

The AC Milan coach admits they slipped up against the Tuscans: ‘Obviously tomorrow’s game is extremely important following our slip up on Saturday’.

But now it’s about time that the “Rossoneri” forget about all these bad results from the past twenty days,and to get serious again if they wish to maintain the primacy of the Italian league, which means that the Ibrahimovic and the company should come in this match even more aggressively from the first minute in Verona.

This time to Ibrahimovic in the attack should help Robinho, while Boateng after a short pause, will take the place of playmker, and certainly we have to mention that after a long time,its back recovered Cassano, so he probably could get some solid playing time.

Unlike him, Rossoneri are still out of injured defender Thiago Silva and Mesbah, midfielders Van Bommel, Flamini and Strasser and forwards Pato and Inzaghi, while the midfielders Aquillani, Ambrosini, and defender Bonera are suspended.

Regardless of the two consecutive victories of Chievo and unexpected home defeat pf AC Milan in the previous round, we believe that far better guests will in this match once more show their true strength, and with a new three points remain in the race for the Scudetto