Costa, Hazard, Kane and Sanchez favorite to win PFA player of the year 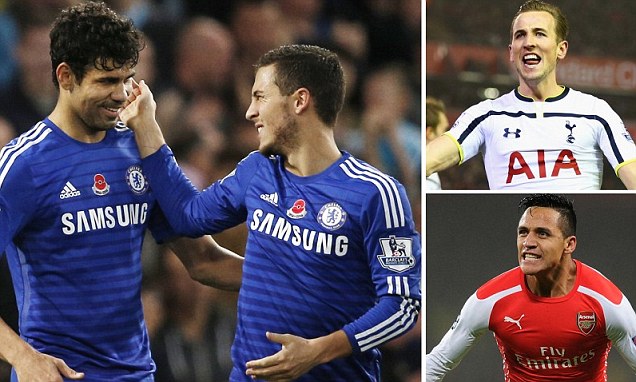 Eden Hazard and Harry Kane will compete for the PFA player of the year award after been short-listed.

This is Eden Hazard’s third nomination in a row for Chelsea, after yet another stunning season under Jose Mourinho. Whereas Harry Kane tremendous form with Tottenham, scoring goals has earned himself a call from England.

The Spurs striker has scored 29 goals in all competition yet. He is the only Englishman to be running for the award this season, after scoring 19 Premier League goals same number of goals as Diego Costa of Chelsea this season.

Eden Hazard fine form yet another season for Chelsea has helped the London club to sit on top of the Premier League table, he has scored 17 goals in all competition.