Cristiano Ronaldo: A Winner in Life 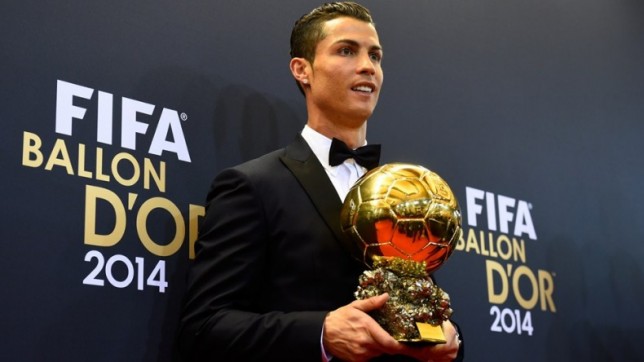 With a self-titled documentary set for release later this year, Cristiano Ronaldo will once again enter the spotlight and give the world a glimpse into his life inside and outside of football. Although many fans of the game already know a great deal about Ronaldo, the movie promises to show never before seen clips and insights into his life that very few have witnessed before.

Of course, when the Portuguese star is on the football pitch he’s never one to shy away from the attention of the crowd. Similarly, when he’s away from the game he’s equally unreserved about sharing his life via social media. In fact, earlier this year the Real Madrid forward celebrated another impressive hat-trick with a game of poker. Although the game requires a completely different skill set to the one he uses on the football pitch, Ronaldo appears to be something of a home game pro and he isn’t afraid to show it.

Indeed, it’s thanks to his confidence as an athlete and an individual that Ronaldo will now be trying to the nuances of betting and bluffing on a global stage in his new role as a representative for PokerStars. Although he doesn’t have any plans to become a full time poker pro, his passion for the game appears to be a direct result of his competitive nature and desire to challenge himself in new ways.

Could Ronaldo Thrive Away from the Football Pitch?

With this new love for a new competitive endeavour out in the open, thanks in part to his 21 million Instagram followers, it got us thinking about Ronaldo’s potential in other industries. Knowing the he has just as much confidence as he has physical prowess, we’ve run through some of the footballer’s vital stats and suggested hypothetical scenarios where Ronaldo could possibly thrive.

FIFA World Player of the Year

While some would argue that his self-confidence would affect his ability to judge a football match impartially, there is no doubt that Ronaldo could have a successful career as a commentator. Aside from his plethora of accolades, the forward has an innate appreciation of how the game should be played and, if he can verbalise this, he’d be an excellent analyst. Moreover, thanks to years of tutelage by some of the best managers in the world, including one of the greatest ever, Sir Alex Ferguson, Ronaldo will have a technical understanding of football that very few fans, commentators and players have.

Of course, not all former professional footballers are skilled enough to actually talk about the game in a way viewers would appreciate (Philip Neville for example), but if Ronaldo was half as good at talking as he is terrorising defenders, he’d be one of the greatest pundits of all time.

In reality there isn’t any need to speculate on this because Ronaldo has already shown of his wares in the fashion world. Employed by brands such as Emporio Armani and his own label, CR7, Ronaldo has proved he knows how to pout and pose like a pro. However, if he decided to leave the football world for good and embark on a full time career as a model, could he cut it?

Well we know he has the physique to become an industry favourite and he even has the temperament; however, it just doesn’t seem like an arena that would satisfy his competitive urges. Although there’s countless tales of models vying for position on the catwalk, this wouldn’t be enough to quell Ronaldo. Having won multiple individual and team honours throughout his career, Ronaldo will always need to address this competitive streak and that’s something the modelling world couldn’t offer him. Despite his visible passion on the pitch, Ronaldo is remarkably calm away from it and this would make him an idol mentor for young footballers. Having first-hand experience of the game at the highest level means he knows the stresses and strains aspiring pros will face during their careers. Indeed, Ronaldo hasn’t always had it easy. During his days at Manchester United he was famously told by Sir Alex Ferguson that he was too small to cut it in the Premier League. Fast-forward a few years and many hours in the gym, and Ronaldo was soon able to fulfil the promise Ferguson saw in him as a teenager.

These sorts of experiences in the game have made Ronaldo the player he is today and it’s this knowledge that would make him an inspiration to youngsters. By outlining the harsh realities of professional football, Ronaldo could easily nurture the stars of the future (he could also make some realise that football isn’t the career for them).

A Winner at Life?

Whichever way you look at it, Cristiano Ronaldo could be a winner in any walk of life you chooses to join. Being regarded as one of the best footballers of all time imbues someone with a certain amount of self-efficacy and that often allows them to dominate in otherwise alien environments. While our list of scenarios is purely hypothetical, it’s clear that Ronaldo isn’t averse to trying his hand at new things (as his willingness to dabble in poker games).

For fans of the football there’s no danger of Ronaldo hanging up his boots any time soon; however, when he does eventually call time on his career, it will be interesting to see what pursuits he applies his himself to.