After losing the North London derby match to Tottenham Hotspur 2-1, Gunners dropped to 5th place. Already in the next round they bounced back with a tough earned home 2-1 win over Premier league bottom club, Leicester City and sealed their progress in the FA Cup with a 2-0 win over Middlesbrough. This Saturday they play against Crystal Palace who are without a home win in the last 3 games and will be eager to stop this bad home run of results. In the first half of the season at Emirates, Arsenal celebrated with 2-1, while they also won in the last 4 games vs Crystal Palace. 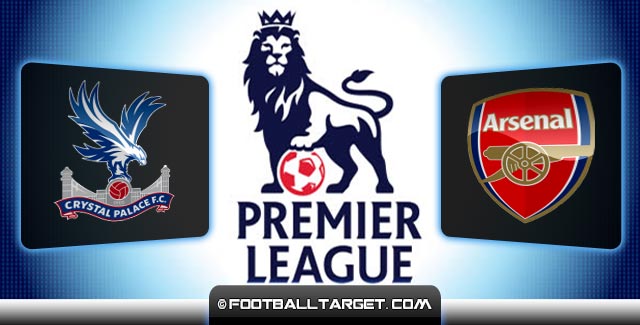 With arrival of Alan Pardew in January, Crystal Palace raised the form and jumped above the relegation zone. From the last five away games, the Eagles won four and drew one. The problem is however the bad home form where Crystal Palace is dropping more points. The same problem was the key one to drop from the FA Cup competition in which Liverpool beat them at Selhurst Park 2-1.

However, in this match the Eagles were mostly fully equal to the Reds, which is definitely a good announcement for the clash with the Gunners, especially knowing that they can relax a little after getting into the safe-relegation zone.

Crystal Palace manager Alan Pardew was in a positive mood on Thursday (19th February) ahead of his sides match at home to Arsenal in the English Premier League on Saturday.

As for the team, Pardew is likely to send a similar lineup as against Liverpool, while without injury sidelined midfielders Jedinak, Thomas & Lee Chung-yong and striker Sanogo .

Arsenal won four of the last five games, losing only to Tottenham at the White Hart Lane 2-1. They sit currently on the fifth with just two points less behind the third Manchester United. Next week Champions league encounter awaits Wenger’s side while last Sunday with 2-0 Arsenal sealed the FA Cup progress. A good news is that Wenger rested as usually few players, but still, many players have injury problems.

“Jack is fine. Oxlade-Chamberlain is close, he will join in normal training,” the Gunners manager told the club’s official website.

“Ramsey is still out. The two other injuries are Arteta and Debuchy. Apart from that we have some uncertainties about Mathieu Flamini and Hector Bellerin – they are doubtful for Saturday. Everybody else is OK.

“Bellerin is his ankle and Flamini has a tight hamstring. We’ll see. We’ll have tests on Friday.”
Arsenal manager Arsene Wenger commented on Friday about the opponents on the eve of his side’s trip to Crystal Palace in the English Premier League, Thierry Henry coaching at the club and the racist incident involving Chelsea fans in Paris this week.