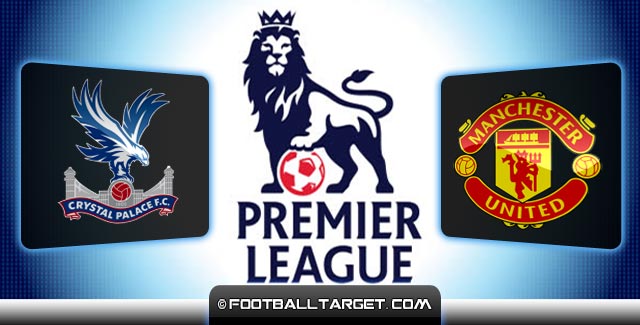 Crystal Palace in the Premier League have never beaten Manchester United, rarely scored a goal in against the Red Devils who after three defeats certainly need a win to keep the fourth place and qualification in the Champions League safe.

Two teams in search of some form meet at Selhurst Park on Saturday (May 9) when Crystal Palace play host to Manchester United in the English Premier League.

Alan Pardew’s men after securing the Premier league competition and for next season, have relaxed a little and have lost three consecutive games. The last time the Eagles have celebrated at home was against another Manchester side, Man City. It was Crystal Palace for sure the best game this season and Pardew hopes that his team can provide the same top-level performance against Louis van Gaal’s men.

Crystal Palace midfield McArthur is aware that a tough task is in front of his teammates but also insists that they love this kind of games. The Eagles in the next round will face Liverpool, meaning that in this two games they could have a major say on which clubs make up the top four- Champions league places.

“I think it’s going to be very tough,” McArthur told the club’s official website. “But we like these games.

“We like the games where there’s no pressure on you, where you can go to Stamford Bridge, Manchester United can come here or you can go to Anfield with no fear.

“These are the games that make you want to play in the Premier League, competing with the best players in the world.

“We’ve got a belief in the changing room that we can get results, we’ve got that real, solid base and from that we’ve got so much pace, power, ability and we can hurt anyone in the forward areas.”

– It is very unusual situation for Manchester United, who have lost three in a row and I think the guests are under a lot of pressure to win.

– We respect them, but on the field we will do everything to spoil their plans – hopes Crystal Palace boss, Alan Pardew

Surprisingly Manchester United suffered three consecutive defeats, of which the last against the WBA at Old Trafford was the most shocking.

Louis van Gaal’s men still hold strongly the fourth place which leads to Champions league next season, having four points more than the fifth Liverpool, but to secure it with three rounds to go, a win today is a must thing to do.

“Manchester United as the club always have to aim high and be on the best level of the game, and after three defeats this is for us a very important game that we want to win – it was clear, Louis van Gaal, who this week has signed one of the best players in the Dutch league, Memphis Depay from PSV, which is only an announcement of massive “traffic” for the upcoming transfer period, so it is crucial for United to defend fourth place and appearance in the Champions League.

– Against Chelsea and against WBA we were better and we created more chances, but the ball just did not want to go into net.
– I believe that against Crystal Palace it will and that we will leave London with a much-needed three points – said the Manchester United goalkeeper David De Gea.