Daniel Alves unwittingly started a world-wide trend ” banana selfie” in the fight against racism . After Sunday’s away victory of Barcelona at Villarreal, Twitter was flooded with images of Fame athletes , people from the world of sports , fans and all other who have supported the Barcelona’s Brazilian.

Towards the end of the match between Villarreal and Barcelona, ​​home fans threw a banana in front of Daniel Alves. Barcelona right-back calmly taken a banana, peeled it and ate it. Brilliant move with which Alves mocked the primitive fans so became the world-wide selfi mania.

– My father always told me to eat a banana in order to prevent cramps. How did you guess that cramps bother me ? Ha, ha, ha – message Alves after the match which Barcelona won 3-2, with two own goals of domestic players.

Tottenham players Nacer Chadli and Mousa Dembele posted a photo with banana on their Twitter accounts, while the same did and ​​the Manchester City striker Sergio Aguero.

Danie Alves’ compatriots Neymar and Hulk have also made a picture with a banana and to the world mania joined and many others including the TV Sky Sports in Spain and Germany. 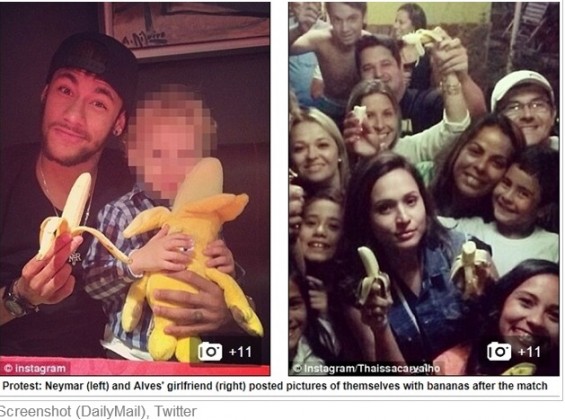 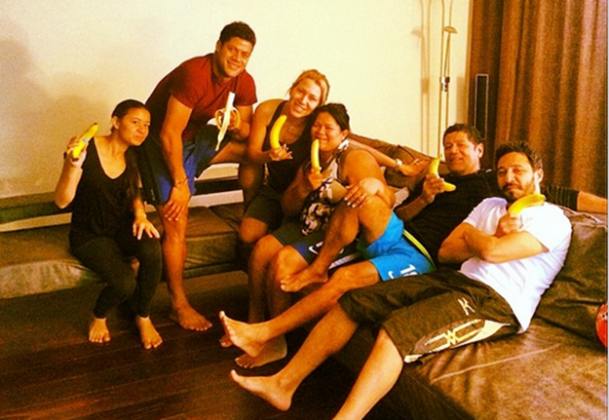 With my colleague Marta from Brazil we say #NoToRacism. We are all equal. pic.twitter.com/0kWLsaAgwP

Join the fight against racism , The hashtags are #somotodosmacacos and #weareallmonkeys.