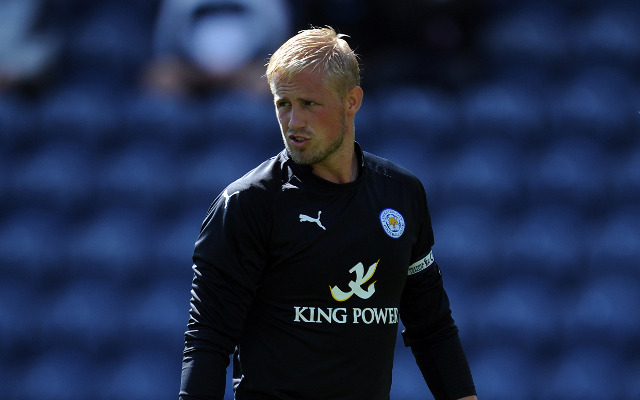 The rumour mill has been working overtime this weekend after a Spanish newspaper ran the headline that Real Madrid’s move for Manchester United Goalkeeper David de Gea is a done-deal, a story echoed by Spanish football journalist and pundit Guillem Balagué – recently voted by an independent poll as the most credible source of transfer information in the recent transfer window.

It has now emerged that Kasper Schmeichel, son of United legend Peter, is being lined up as a possible replacement for De Gea. The united keeper will apparently be off to Real as part of a swap plus cash deal for Gareth Bale which could also involve Robin van Persie and Ángel Di María. Javier Hernández’s season long loan at Real could also be made permanent as part of the negotiation.

Others that could be heading for the United exit are Phil Jones and Jonny Evans who have both struggled for form this season. Someone certain to be packing his suitcase is Radamel Falcao after failing to impress whilst on loan from AS Monaco. Chris Smalling had also been tipped for the chop, but in an apparent u-turn he was handed the captains armband by boss Louis van Gaal yesterday which seemed to instil in him a level of confidence that has been lacking for the past two seasons and has maybe rescued his United career.

A surprise recall could be on the cards for Tom Cleverly. Cleverly, who had previously stated that he felt that his career at Old Trafford was over, has been at the heart of a reinvigorated Aston Villa side who, under the stewardship of Tim Sherwood have not only managed to pull themselves back from the brink of relegation in some style, but also reached their first FA Cup final since 2000. After defeating a much fancied Liverpool team in the semi-final seven-time FA Cup winners Villa will fancy their chances to lift trophy for first time since 1957.