The reigning Bundesliga champion, Bayern Munich who so far was fairly quiet in terms of arrivals and departures, “completed” the signing of new Robben from Shakhtar Donetsk. 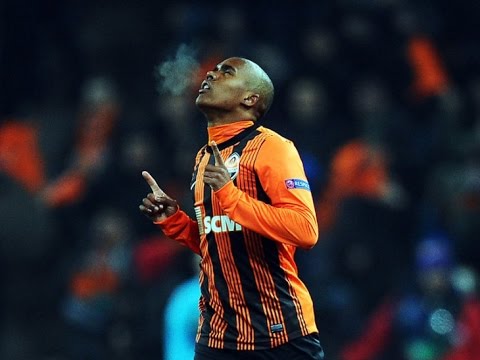 As reported by German television Sports 1, which is quite well aware of all the events at the club, Bayern in strictly confidential have completed a deal with Shakhtar and the player. The only thing that remains is the official confirmation of this transfer by the Bavarians giant.

Bayern Munich should pay arround €35 million while Costa will sign a four-year deal after this 24-year-old Brazil international player returns from the Copa America.

The Shakhtar coach Mircea Lucescu has confirmed Costa’s departure to Bayern Munich and has comapred him with Arjen Robben.

“It seems normal to me that they wanted him so much,” he told Dolce Sport .

“Inter were also in the chase for Douglas – the boy can be the new Robben!

“He’s only 24-years-old and could reach Robben’s level in the coming years.”