Fenerbahce have completed the signing of the 31-year old striker, Robin van Persie from Manchester United in a transfer deal worth arround €6 million. 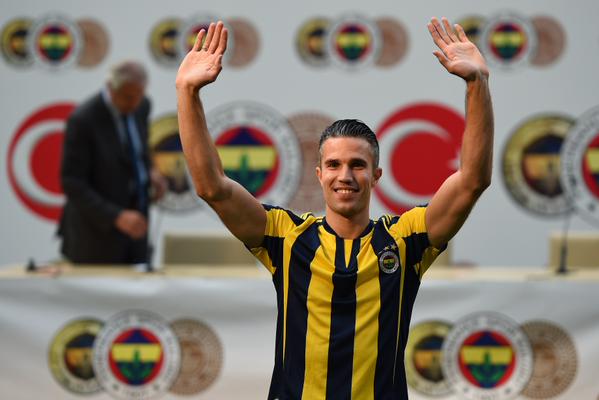 After joining Man Utd from Arsenal for £22.5m Robin van Persie in his debut season with the Red Devils has clinched the Premier league title and was the Premier League’s top scorer. Since then this football career went down, mostly due to many injuries, first under David Moyes and then under Louis van Gaal, who opted to bring another striker. Injury problems were a cause for Van Persie to net just 10 times in all competitions last season – his second lowest tally in his 11 years in England, and Van Gaal decided to let him go and to look elsewhere for a striker who could score more, considering that Man Utd now ended with only Rooney in attack.

The 31-year old striker will join in Turkey his former United team-mate Nani who recently has joined the Turkish side as well, and will replace a fellow Dutchman, Dirk Kuyt. Fenerbache was very active this transfer window and so far except Nani and RVP they have signed Simon Kjaer, Josef de Souza, Fernandao and Sener Ozbayrakli.