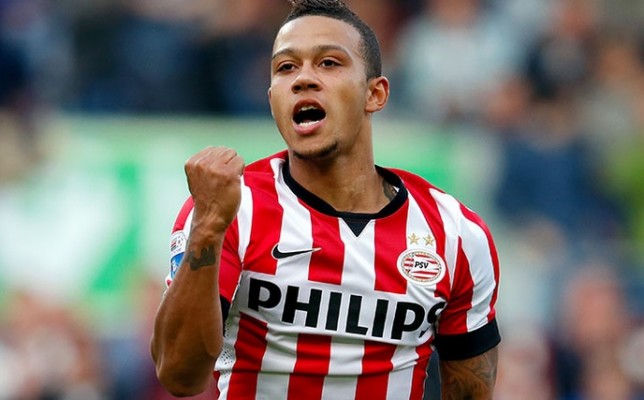 The club’s official website says, “PSV and Manchester United have reached an agreement over the transfer of Memphis to the English giants. All the formalities will be taken care of in the upcoming days and the player has yet to undergo a medical.”

Memphis Depay has negotiated personal terms with Manchester United. He has admitted it that it has been his “dream” to move the Premier League. PSV have already been crowned Dutch Champions and Memphis leads the scoring sheets with 21 goals in 28 appearances.

Memphis Depay on twitter, “I always say: dream, believe and achieve. I was dreaming and believing of becoming the champions of the Eredivisie with PSV and we achieved it. I’m extremely grateful towards PSV and all the fans for believing in me. Now it’s time to set my goals again on winning trophies with Manchester United.”

Memphis made his official first-team debut at PSV in 2011-12 and had since developed into a key player at the Eindhoven side, making over 100 appearances in all competitions.

Manchester United has reached a deal on Thursday (7th May) to sign the Netherlands winger Memphis Depay from PSV Eindhoven.