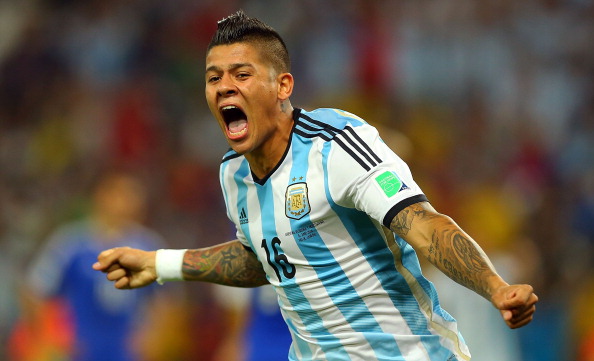 Manchester United after an opening Premier league home defeat to Swansea 1-2 , on Van Gaal’s request speeded up transfer which lately was rumoured and The Reds signed the Argentina international defender Rojo for €20 million fee from Sporting Lisbon while Nani is going the other way on a season-long loan.

The 24-year-old Rojo, who played with Argentina the World Cup final and lost to Germany, can play as one of three centre-backs in a 3-5-2 or on the left side of defence.

“It feels like a dream, to be a Manchester United player,” Rojo told ARG Radio Continental. “Leaving Sporting wasn’t easy.”