Manchester United have completed the signing of the of Argentina international goalkeeper Sergio Romero who has signed a three-year contract with the Red Devils. 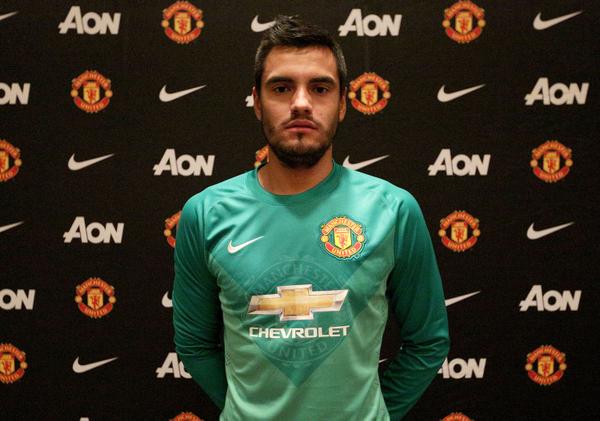 The 28-year-old Romero was a part of Argentina’s 2014 World Cup squad in Brazil which reached the finals where Germany were better and clinched the World Cup title. Romero came to Europe from Racing Club and was a part of the Dutch side AZ Alkmaar for four years from where he joined Sampdoria back in 2011. In AS Monaco(joined on a loan from the Italian side) Romero was a substition to the Croatian Gk Subasic, while recently at Sampdoria he made only 11 appearance, but Man Utd boss Louis van Gaal still believes that Romero has what it takes to succeed at United.

For the club official website LVG said:
Sergio is a very talented goalkeeper. He was a young keeper during my time at AZ Alkmaar and I am delighted he is joining Manchester United. He had a fantastic World Cup last summer in Brazil, although that is something I have put to the back of my mind! He will be a great addition to the team and I am looking forward to working with him once again.”

Romero has signed a three year deal with the option to extend for a further year and while the numbers are not know yet, it’s believed that Romero will earn arround £1.3m per season. He joined Man Utd as a free player upon the expiration of his contract with Sampdoria.

For the club official website Sergio Romero said: “I am absolutely delighted to join Manchester United. To play for the biggest club in the world is a dream come true for me. Louis van Gaal is a fantastic manager and I cannot wait to get started on this new and exciting challenge in my career.”

With signing of Romero, one question remains: Does this signing means that David de Gea is off to Real Madrid, and could this deal start the ball rolling with Man Utd’s new possible deal, De Gea for Ramos???