Belgian midfielder Eden Hazard has indirectly announced a move into the ranks of Manchester City, saying in an interview for French TV station Canal + that the next season he will wear the blue jersey. 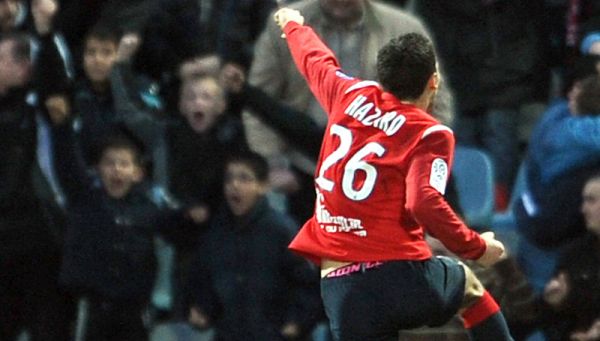 “Next season I will be wearing blue.” Hazard said in answer to the question of whether he like more blue or red. Although he admitted that he likes both colors, he repeated: “Definitely the blue.”

Although Hazard was linked with Chelsea, another club that has a blue uniform, it seems that the 21-year-old decided to move into the ranks of likely the new English champion, after he had already said he is moving to the Premier League.

Some news media reported that the Hazard last weekend was at the Manchester derby, after which he was accompanied by people from the City in inspecting the houses in Cheshire.

Hazard is linked with Manchester United, which are urgently needed reinforcements in midfield, especially after it was Alex Ferguson watched live, but it seems as though the City prepared a rich offer.

Hazard was linked with Manchester United, who urgently need some reinforcements in midfield, especially after Alex Ferguson watched him live, but it seems that Man City prepared has a richer offer.