Edin Dzeko, a Manchester City player is spending his vacation with his best friend, Senijad Ibričić in Croatia during which he decided to play along with Ibričić on the Futsal tournament in Split for a team called Hercegovac Visoko potkrovlje. The tournament is organized by the oldest Europan firm, Torcida, Hajduk Split supporters. 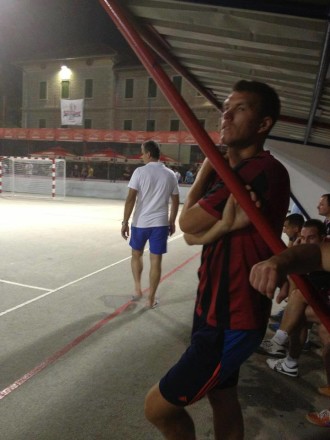 Video of the last year´s final