In recent time Barcelona and Real very often encounters, but each new “El Clasico” has a special charm. This time the situation is different because the roles are changed, and Barcelona, will need to reaches Real Madrid,leader on the table with four points ahead. The specific situation is the fact that both teams are hoping to be able to play another great duel in the Champions League final, but both of them were defeated in the first semi matches. 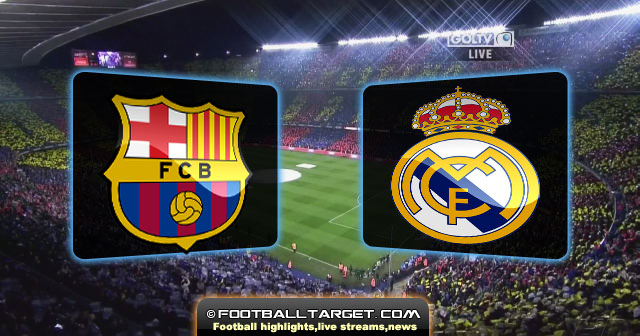 In the first part of the season Barcelona celebrated with 3-1 in Madrid , although Real Madrid took the lead in the first minute. The last match they played at the beginning of the year in the Cup and then Real Madrid was a equal opponent and the match finished 2-2 at the Nou Camp, which still took Barca in the semifinals

Barcelona is currently under pressure which this team has not had for long time on their backs. In large teams this is often the case, because the only trophies are counted as successes, but Barcelona is quite dominant for years, so this wasnt happening to them. Now it can happen to them,to in just six days they lost two trophies that they won last season. In the championship they are four points behind Real Madrid and if they do not win in this match, the title probably is moving to Madrid.

In the Champions League on Wednesday they appeared in London at Chelsea and even though they dominated, they lose the match 1:0, so on Tuesday waits them new challenge where they must win. But the top teams are different from others in the fact that they are the best when they needed it the most. It would be a shame to ruin the chance now ,after they have had ten points less than Real Madrid, although in the last round played one match below their real abilities at Levante where they won with 2-1, but with the slight assistance of judges.

In London they miss a lots of chances, although the luck turned them back as well. As regards for the composition, Sanchez come back injured from London so he is doubtful for the derby, and Pedro will probable change him, while the rest of the team could be exactly the same.

For Real Madrid it would need to be something easier in this derby. They are the ones who have the advantage of four points, which means that they remain on a one point of advantage in case of defeat, and will continue to have all in their hands. Point or possible three will mean that the title is very close, which means a lot psychologically. Real Madrid is also defeat in the first match of the Champions League semifinals, but according to many had more difficult match than Barca.

In addition, their defeat by Bayern Munich is also minimal, but with achieved goal,which significantly improves the chances in the rematch. Coach Mourinho will certainly calculate little here, because as we said, the game on Wednesday against Bayern is now much more important. There is no repair in case of error, while the defeat in “El Clasico” they could catch up.

Of course, this does not mean that Real Madrid have surrender before kick off, calculating means only small changes in the composition to match they played against Bayern. Ozil look the most tired,so he could rest, and that means that Kaka could play from the first minute, while the other dilemmas are Coentrao or Marcelo. Given that Portuguese played on Tuesday, maybe now the Brazilian gets the advantage, although he is more offensive.

Prediction : All those missed opportunities of Barca in London could be “back” in this derby, and then surely they can end in the net. Neither Real will only defend, but will try as in a cup game to score, especially if Barca took the . Therefore on the “Nou Camp” could be a lot of goals.Over 2,5 goal.You could also try Messi to score.