Three English clubs of four,  Chelsea , Manchester City and Manchester United have booked their place in the last 16 and the other is on the brink but it will take an extra special effort in 2014 to prevent Bayern Munich from retaining their Champions League crown. 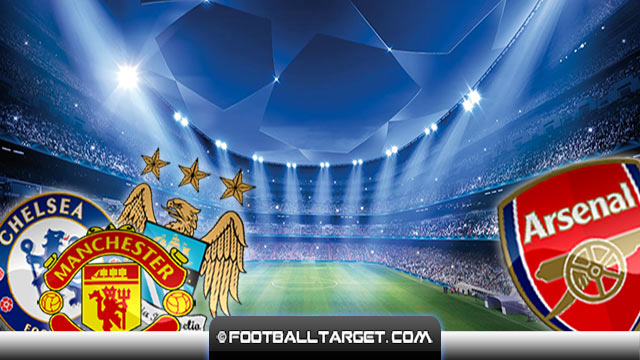 Manchester United and Chelsea joined Manchester City in the knockout stages this week, although they did so in very different circumstances. The Blues qualified despite a second defeat to Basel, while United kept their European dream alive with a 5-0 victory at Bayer Leverkusen.

That leaves Arsenal, who will advance if they avoid a three-goal loss against Napoli in Italy on December 11.

While the Gunners are lagging behind their Premier League rivals, they have been the most impressive English side in Europe. They have done the double over Marseille and beaten both Napoli and last season’s runners-up Borussia Dortmund in the ‘group of death’.

BetVictor has Arsenal at 16/1 to lift the Champions League trophy in May, the same price as Manchester City and Chelsea.

Neither side have shown their best form in Europe’s premier competition. City have scored for fun but have been vulnerable defensively, while the Blues have lost twice to an unfancied side in a weak group.

If Arsenal have been the most impressive side, Manchester United have picked up the most impressive result so far. Their thumping victory in Germany ended Leverkusen’s eight-match winning home run in the Champions League group stage and sent a message out to the rest of Europe. Despite that win, David Moyes’ side are still out at 20/1 to win the competition.

The odds for the English clubs are undoubtedly influenced by the strength of Bayern Munich, Barcelona and Real Madrid. It is difficult to look past those three clubs, although Paris Saint-Germain are a decent outside bet at 16/1.

The Premier League big four have already performed better than the past two seasons, when only two teams made it through to the last 16. However, none of the sides have the same quality across the park as Bayern or their immediate rivals for the Champions League.