The Catalans fans can “breathe” now much easier. Despite signing Aleix Vidal from Sevilla FC in a €10 million deal, Dani Alves has extended his contract with Barcelona FC. 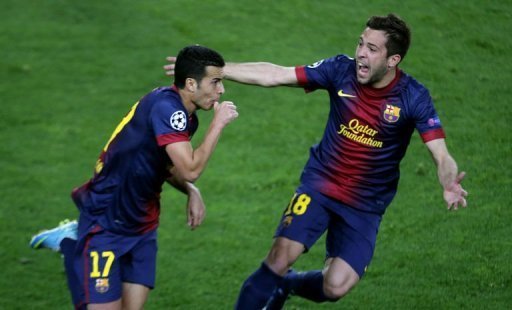 Brazilian winger who joined Barcelona from Sevilla back in 2008 for €35 millions, Dani Alves extended his contract with Barcelona until 2017, Barcelona officially confirmed. The 32-years old Alves who in 7 year at Barcelona has won 19 trophies was on the wish list of many Premier league clubs, with Man Utd the most, while the Italian AC Milan was also keen to sign the Brazil international.

Dani Alves’ recent rumours about his departure were not the only problem at the Camp Nou as many rumours suggested that Luis Enrique doesn’t know how to control many stars in the team, and that he as well could leave. But both Barca and Luis Enrique have put an end to all this speculations as Luis Enrique has put pen to paper on a new two-year contract, until June 30, 2017.

Barcelona so in just few days made several big things ahead of new presidential elections on July 19. Current president Joseph Bartomeu has signed Aleix Vidal from Sevilla, he extended contracts with Dani Alves and Louis Enrique while previously Jordi Alba has penned a new four-year contract which contains and a new buyout clause rise of €150m.

But that’s not all as the 27-year-old Pedro, who reportedly was not happy with his game-time and was linked with many top clubs, like Arsenal, Man Utd, Liverpool has ended all speculation about his future by signing a new deal with the Champions league winners, until 2019. Pedro’s new contract like Alba’s contains a new buyout clause rise of €150m.