Capello escaped on time; This is probably the toughest team to preview, given that they have really big problems with absences, but they are still a respectable team with some great individuals who at any moment can decide a match.

Just because of it, can easily happen that with the passage into the second round they get even more confidence and than is even possible to see them in the semifinals, but also in general would not be surprised if after the group stage they pack ther bags and once again went home with heads down. 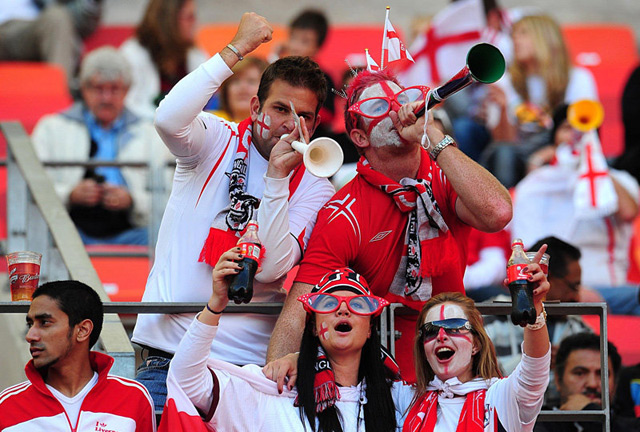 England have qualified for the Euro as the first placed representation of the seventh qualifying group, where in the duels with Montenegro, Switzerland, Wales and Bulgaria won 18 out of a maximum of 24 points.

Qualifying England has opened with two wins, Bulgaria (4-0) and Switzerland (3-1). In the third round came and the first blunder, and Montenegro won a 0-0 draw at Wembley,after which was followed a win against Wales and a new home draw against Switzerland (2:2).

After the win against Bulgaria (3-0) and Wales (1-0), 7.October England played in Podgorica (Montenegro), and the match was highlighted as vital in the ambitions of Capello´s team.

However, with goals of Zverotic and Delibasic Montenegro shocked guests and eventually pulled out a draw. The English have already satisfied themselves with a second place, but in the last round Swiss celebrated over Montenegro, and promoted England as direct travel to Euro in Poland/Ukraine.

Euro in Poland and Ukraine will be the eighth on European championships for England. First time to the championship they were placed 1968th year, and eventually they ended up as third place team. The next time they qualified 12 years later, when they failed to pass the group. The same happened to them and 1988.and in year 1992.

Four years later when they were hosts, the English had hoped to win their first title. In the group with the Netherlands, Scotland and Switzerland they have won a first place with seven points,and in the quarterfinals on a penalties shootout,they were better than Spain.

In the semifinal against Germany was 1-1 after 120 minutes and penalties roulette has promoted Gareth Southgate in a great tragedian. 2000th in the Netherlands and Belgium they have again dropped in the group, and in Portugal in the group with France, Switzerland and the Croatian England won a second place.

Quarter-final match brought a meeting with the host, Portugal, and again England has dropped after a penalties. This time the tragedians were Beckham and Darius Vassell.

64-year old Hodgson had a miserable playing career, and years of playing for England´s lower league teams, but a great and varied coaching. Coaching career Hodgson began 1976th year, where he led Halmstad, Bristol, Oddevold, Orebro and Malmo, after which he give himself´s in the a little more seriously “waters”.

After Xamax Hodson took over the national team of Switzerland with which he qualify for the World Cup, and then entered in the knockout round, where better were Spaniards. After Switzerland Hodgson took over Inter Milan and then Blackburn, Grasshoppers, Copenhagen, Udinese.

He has also led and the national team of United Arab Emirates, and Finland, with which he nearly manage to qualify for the Euro, while in the Premier league Hodgson was the manager of Liverpool and WBA.

Just a month ago, after the sudden departure of Fabio Capello, to Hodgson was given the opportunity to lead national team of England. As for the trophies, Hodgson won seven titles in Sweden, two Cups, the championship title of Denmark, while 2010th Hodgson led Fulham in the final of Europa League.

26-year-old Rooney is one of the best football players in the world, and according to Transfermarkt is worth more than € 50 million. He began his career at Everton 2002nd as a 17-year-old, and in two seasons, at Goodison Park, he scored 17 goals in 77 meetings.

2004th year for the 30 million euros Rooney switch to Manchester United, where quickly becomes a key player, and later at one time and the captain. In eight years at Old Trafford he enrolled a total of 366 appearances in all competitions in which he scored 182 goals.

In the meantime, he won four Premier league titles , two League Cups and the Champions League. Rooney in 2010. was named for the best player in Premier league, and 2011th year, after Messi, Beckham, C.Ronaldo and Eto `o was the fifth highest paid player in the world with an annual income of 21 million euros.

For the national team he made his debut 2003rd , and so far has already collected 73 appearances, and added 28 goals, thereby Rooney reached the top ten scorers in the history of England national team.

What to expect from Englad on Euro 2012

England will play in the Uefa Euro 2012 in a 4-2-3-1 formation, and on the pitch it should look like this: Hart / Green – Cole, Cahill?, Lescott, Johnson – Parker, Gerrard – Downing, Henderson, Walcott – Rooney / Carroll.

The defense is clearly problematic, and with the departure of Rio Ferdinand, his place will have to fill Martin Kelly, Lescott or Jones, all of them are rookies on the big competitions. Midfield and attack are og a high quality, but the question is only how well will succeed Roy Hodgson to arrange national team after only a month and only by leading them in two friendly matches.

The big problem is and the fact that Wayne Rooney due to red card against Montenegro in qualifying will have to miss the first two games,while Lampard is out due to injury,so instead him was called Livepool´s Henderson.

What can they on the Euro 2012 ? If England manage to pass in the the knockout stage anything is possible and even semi-finals, but it would not be surprised if after the competition in groups they went home with their heads down.

Squad of England for Euro 2012

Watch all matches of England on Euro 2012 from ours live stream section.