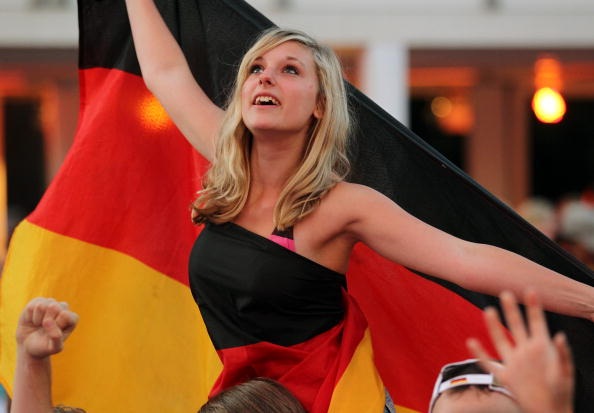 Germany on the European Championship qualify as a first-placed team of the first qualifying group, where in duels with Turkey, Belgium, Austria, Azerbaijan and Kazakhstan won the maximum 30 points with goal difference 34:7.

Germany along Spain, is only the team that has finished qualification by winning the maximum 30 points .

So it’s just the six major tournaments that Germany have won in total, the European Championship crown having been raised to the skies in 1972, 1980, and 1996

2000th and 2004. they knockout in the group stage, without any single victory, and in the 2008th in Austria and Switzerland, the new young generation of German football lost in the finals of the late world champion Spain.

52-year old Loew did not have some good player career, and among others he played for Freiburg, Stuttgart and Eintracht Karlsuher, where he never have won any trophy or play for the national team.

1995th Loew hung up the boots and threw itself in the coaching waters in the lower leagues. 1995th he was sent as assistant to Stuttgart, but the next year he alone took over the club, winning the German Cup, and a year later with it play in the final of Cup Winners.

1998th year he moved to Fenerbahce, a year later in Karlsruher, then Adanaspor, Tyrol and Vienna Austria, . 2004th Loew got the opportunity to assist in the German national team, a menu bench was offered to him in 2006. year, which he embraced.

In Austria and Switzerland Loew led the Germans to the finals, while in the World Cup in South Africa Germany reached the semifinals, where again for them was fatal Spain. However, they are comforted by winning the third place, with a 3-2 victory against Uruguay.

In qualifying for Euro 2012, as we have said, Germany was brilliant achieving all ten wins. Joachim Löw has introduced many young players in the team, and it is interesting to note that in relation to the team form Euro four years earlier in Germany today plays only six of these players.

Although the Germans have a lot of world-class players, such as Neuer, Schweinsteiger, Ozil, we decided to point out the striker Mario Gomez scorer of 41 goals this season in the jersey of Bayern Munich, who, according to Transfermarkt is worth 43 ​​million euros.

26-year old Gomez began his career in the second team of Stuttgart, and became the first team player 2003rd as a 18-year-old. In six years at Mercedes-Benz Arena Gomez played a total of 157 games and scored 87 goals.

In the summer of 2009. year for the 30 million euros swith in Bayern Munich, and after the first season in which he scored 14 goals Mario Gomez is experiencing an explosion. Last year he scored 39 goals in 45 matches in all competitions, and this season as much as 41 in 52 meetings.

He won the Germany’s championship title with Bayern Munich and Stuttgart, and has twice played in the Champions League final. Current season he won the Bundesliga title of top scorer, but back in 2007. was named as the best German football player.

For the national team Gomez made his debut 2007th and since then has enrolled 51 performance with 21 goals. He played the final of the European championship four years ago, and with Germany he has won the bronze medal at the World Cup in South Africa.

What to expect from Germany on Euro 2012

Germany will play on the Euro 2012 with a standard 4-2-3-1 formation, and their is a lot of the questionnaire regards the first lineup. One of the variants is as follows: Neuer – Boateng, Badstuber, Hummels, Lahm – Khedira, Kroos – Podolski, Ozil, Muller – Gomez.

But Loew has so many quality players that he can be set almost another quality team. So in the middle of the field could probably get a chance Schweinteiger as defender Mertesacker, left back Aogo or Schmelzer, Goetze on the left wing and on the right brilliant Reus …

It is truly a worldwide team that has no weak points and Germany is certainly one of the major Euro favorites. The first two games Germans will play against the Netherlands and Portugal, and these two games will show us the real situation.

It is expected from Germans to pass a group , and in the case of the first place, they would probably avoid Spain all the way to the finals.

Watch all Germany matches live from ours live stream section.