Chelsea FC have opened their Premier league campaign with two wins against new league duo Burnley and Leicester City, and in both matches a €40 worth Diego Costa has scored . The Problem with Torres leaving to AC Milan is that Costa suffered a muscular injury earlier this week and he is a big doubt for the clash against Everton at Goodison Park 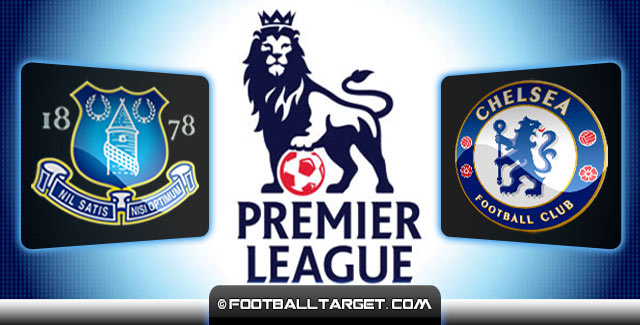 Everton this week signed a new striker , after Lukaku and the second one, Samuel Eto’o comes from Chelsea FC. Both will be looking to prove Jose Mourinho that he was wrong to sign them off. The Toffees do respect Chelsea but certainly they are not afraid of the mighty team that Mourinho has put together. The last 4 wins of the last 5 mutual encounters at Goodinson Park Everton have won. Last season The Toffees were a league hit after finishing on the great 5th place and losing the Champions league place at the end.

This season they yet have to suffer a defeat, but on the other side, to taste a win as in the opening two rounds Martinez’s side have drawn both . Away at Leicester 2-2 and at home against Arsenal 2-2 after having 2-0 lead until the last 10 minutes of the match.

It is difficult,” Martinez told the club’s official website. “I tried to have that conversation and, realistically, I would have liked him to have 10 or 11 sessions before we put him in a competitive environment but I quite quickly learned that I was wasting my time; he wants to be helpful to the team straight away and he wants to be involved.

“He is working [on Thursday] and everything will go down to what condition he has over the next two or three days to make that decision.

“He arrives at a good time with the international break and that will speed up his adaptation period.”

Due to injuries the midfielder Barkley, Pienaar, Oviedo and the attacker Kone are sidelined.

As for Chelsea, after finishing the last season only on a third place, during the summer the Blues have bought few top-players and certainly with the reigning champion Manchester City they are pointed for the strongest favorites to lift the title.

And that they are on the right track it best confirms a good start of two wins in the first two rounds, away against Burnley 3: 1, and then at home with 2: 0 against Leicester.

However, here it should pointed that both encounters were against the league “rookies” , so a clash with Everton will show their true strength, especially as traditionally the Blues have a lot of problems at Goodison Park.

Otherwise, Mourinho of new players so far as starters used goalkeeper Courtois, midfielder Fabregas and forwards Diego Costa who is in a doubt, while experienced Drogba and defender Filipe their chance still are waiting on the bench.