Roberto Martinez’s men welcome Manchester City at their Goodison Park hoping for a win and three points with which the Toffees would put some extra pressure on Arsenal in a fight for the fourth place which leads into Champions league next season. 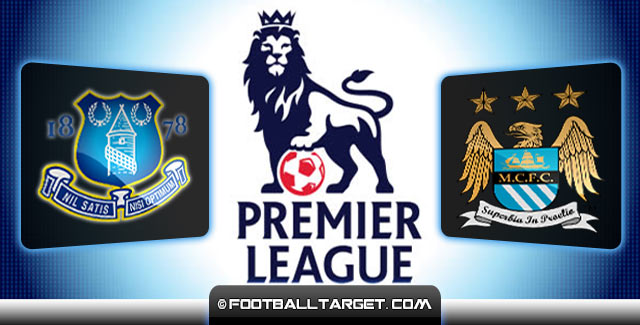 Everton currently sit on the fifth having fourth points less than the fourth Arsenal with only three rounds until the end. On the other side, probably the most important game of the season for the Citizens as a slip against the Toffees could end their title dream. Everton lost two from their last three games. Lose at home to Crystal Palace (2-3), win against Manchester United 2-0 and away defeat to Southampon (2-0) have put Martinez’s men into difficult position in a race for the fourth. As for the visitors from Manchester, they won two from their last three games, where a home draw with Sunderland almost ended their title campaign. luckily for them the Reds have lost to Chelsea with 2-0.

Manuel Pellegrini’s side sit on the third with having three points less than the league toppers Liverpool FC, but Citizens also have a one game less played. Situation is very clear, Man City to win for sure the league title have to win all remaining games. If Liverpool manage to do the same, Man City will become the league champion due to goal difference.

Manchester City manager Manuel Pellegrini has talked up Everton’s progress under Roberto Martínez ahead of Saturday’s crucial Premier League clash at Goodison Park (KO 17:30 BST). The third-placed Blues are three points behind league leaders Liverpool but have a game in hand on their rivals with three matches left this season.

With just one win at Goodison Park since 1992 Manchester City manager Manuel Pellegrini knows that this will be a hard game, but his side have already defeated Everton this season, still it was at the Etihad when City enrolled a 3-1 win. Martinez’s side have lost only two games at home this season and with taking any point they could help their Liverpool to win the title.

Man City players are aware that winning the title depends only on themselves and that’s exactly what they wanted as now, they have their destiny in their own hands. Man City and midfielder Fernandinho believes that his side is in ad advantage following the last round of results.

“”[The title race] changed a lot,” the Brazil international told City’s official website. “We are back with a big chance of being champions again.

“We are not depending on other teams – it only depends on us, and that has changed a lot.

“It gives you energy as mentality is 70 per cent of your body, and a result like that changes everything – your mind, your motivation, everything.

“We have waited a long time for this moment and the positivity of the whole group is now very high. I think we will get better and better until the last game, and then we must see what happens at the end of the season.”

Man City could be boosted by the return of playmaker David Silva (ankle) while Jesus Navas (ankle) and Matija Nastasic (knee) are doubtful. As for the home side, Everton captain Phil Jagielka is set for a return from a hamstring injury as well as Sylvain Distin, while Gareth Barry is ineligible to face his parent club.

Barry should be able to play against City – Martinez