On Monday is scheduled to play the last match of the first round of the English Premier league, where two old rivals Everton and Manchester United are meeting, and somehow according to their tradition in recent years they offers quite uncertain matches despite the fact that Everton in its last 15 Premier League matches with Man United have won just two times.. 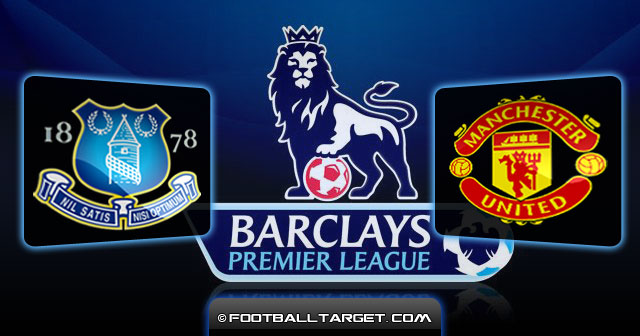 Of course this time as well we can expect a one close game again,especially as the game is playing at Goodison Park, where Everton rarely losing,while for Man United,will likely to need some time to get used to playing with Van Persie in attack.

Anyway, last year the “red devils” have managed to come up to three points at Old Trafford celebrating with a minimum 1:0 , while on an away game they scattered two very important points in the end of season, playing a bit incredible 4:4 at Goodison Park.

Despite this very strange game, we have to point out that Everton for years emerges as one of the most defensively oriented teams in the Premier league, which actually brought them a lot of good results, especially against this team from the very top.

Last year they finished on the 7th place,and if they had better start of the season they could in the end reach Europe league places.

So far they brough only a wing attacker Naismith from Glasgow Rangers, while from the Spurs they have bought Pienaar’s contract, who a major part of his professional career played at Goodison.

As for departures, we have to point out transfers of two midfielders, Cahill to New York and a young Jack Rodwell to Manchester City, while the defender Yobo after a two-year loan at Fenerbahce, finally signed a permanent contract with the team.Stracqualursi and Drenthe loan is over,so they returns to their clubs,while for the match with Manchester United due to injuries will miss Gibson and Anichebe.

Just like with Everton,the highest quality of Man Utd is their coach Sir Alex Ferguson who always know how to get maximum from his players .But even that the last season didnt helped them to win the title,which in the end slipped them only because due to goal difference between them and city rivals Man City.

That’s why this season they decided to bring two super quality players in the front, young Kagawa from Borussia Dortmund, while only a few days they have finalized probably the best deal in the last decade, transfer of the best scorer last Premier League season, Robin van Persie from Arsenal.

When we add that Rooney has fully recovered, then it is quite realistic to expect that this United’s duo really be a terror to all the opposing defense, while the rest of the team certainly will work on extensively maximum defensive duties, to provide them more space in the attack.

That is why in recent times there was a growing number of departures of players who were not exactly happy with the minutes on the pitch, so this summer have left from Old Trafford defender Fabio, midfielders Pogba and Park and the experienced striker Owen. Otherwise, for this match does not compete injured defenders Rafael, Jones, Smalling , Evans and midfielder Fletcher.

Prediction :Regardless of this fantastic attacking duo of United, this team will probably need several rounds to start playing on their maximum, so that at Goodison we still are expecting more cautious approach of guests, while Everton as we already said are playing very hard and disciplined, and somehow most realistic to expect that this time they try again to deaden the match and thus reach a favorable result.Under 3 goals.