Related Posts
You are here
Home › AS Monaco › Falcao to sign for Real Madrid ? 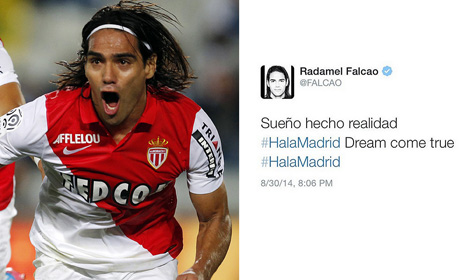 The Colombian striker has deleted post after a few hours, but rumor has been released, and the coach of AS Monaco was not happy with it.

Transfer to Real Madrid was apparently about to be realized, but there is no official confirmation yet . How much impressed this Monaco’s boss , suggest the fact he left out Falcao from the team ahead of the match with Lille.

Even if Falcao in the end signs for Real Madrid, it would be interesting to see how the Los Blancos boss, Carlo Ancelotti would use him, and will this signing start some problems in Real Madrid locker-room after having so many stars in one team.