Chelsea campaign at the Premier League will kick off today at Turf Moor, East Lancashire. After a successful transfer market, Jose Mourinho’s side will try to fight  off their rivals Arsenal, Manchester City and Liverpool for the Premier League trophy. Meanwhile the new EPl club, Burnley after a 5-year spell at Championship , will try to avoid relegation what they failed to do back in 2009. 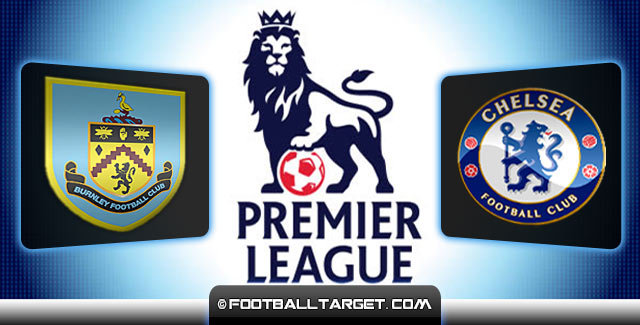 Burnley
After a 5 long years of waiting to get into the Premier League, Burnley finally did it after doing a good season last year in Championship by securing the 2nd position.

Dyche: We are as ready as we can be

Burnley manager, Sean Dyche admits that their objective this season is to remain for another season at top english football division.

The Lancashire have a strong squad that is based on the British players, including their captain Jason Shackell.

Like in the last season, Burnley are expected to play in a 4-2-3-1 formation. Last season their top goalscorer Danny Ings [with 21 goals] remained in the club and will be at the up front of the team, meanwhile , some summer transfer inquisitions like Michael Kightly have strengthen the team a lot.

Chelsea
The Blues will start the match as favourites , but still traditionally they got a bad record with the teams considered as “weaker side’s”. Jose Mourinho side got a positive record at the opening games of the seasons as they didn’t lose since 1998.

‘We are title contenders’ – Mourinho

Another trophyless season for Mourinho would be the end of his reign at Chelsea but since the last season the Blues squad have changed much. David Luiz has left London for PSG with a record transfer fee so we will see the captain Terry and Gary Cahill at the centre of the defense this year. Meanwhile the incoming transfers like Fabregas from Barcelona, Felipe Luis , Courtois [return from loan] and Diego Costa from Atletico Madrid have made the team much stronger in every section of the team.