After five long years of waiting for the Champions league competition, Liverpool in a “be or not be” match welcome the Swiss side, Basel FC, knowing that only a win would seal their place into the last-16, anything other than that, could even put Europa league place into the question. The first match in Zurich ended with a 1-0 win of Basel. 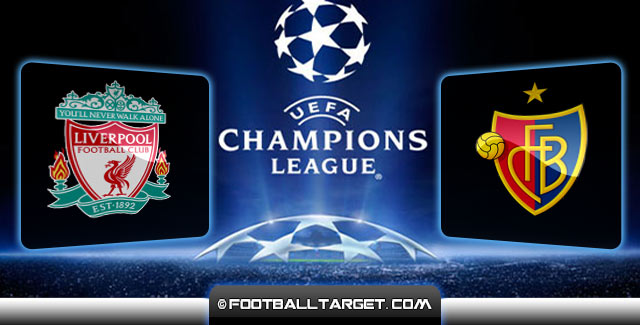 Things are simple for Liverpool. They need to win which means there is no room for any calculations. The Reds in the last five rounds enrolled only one win. It was against the Bulgarian Ludogorets, at Anfield with 2: 1. Against the same team, Liverpool picked up and their last point, after playing 2-2 in Bulgaria. As we said against Basel in Switzerland, Liverpool lost 1-0 while against the group topper’s Real Madrid, Brendan Rodgers’ side lost both games.

As for their performances in Premier league, after two straight victories and breakthrough to the upper part of the table, last weekend The Reds certainly disappointed by playing at home 0: 0 against Sunderland, but this probably only confirms that the players thoughts already were on this important Champions league clash.

Defenders Flanagan and Sakho are sidelined due to injury, as well as Liverpool’s striking force, Balotelli, Sturridge and Suso, but Liverpool’s defender Kolo Toure believes that his team have what it takes.

“Our game against Basel is a final,” he told the club’s official website. “We just need to win the game. There’s no choice – we have to attack and try to win the match.

“It’s going to be a really interesting game for everybody – for the players and for the fans. We need everything that we have got to win this game.”

As for the multiple Swiss champion Basel, we already accustomed to great performances which Basel are shoing in the Champions League so it is not surprising that the match against Liverpool, Basel awaits from the second place of Group B.

All six points, Basel won at home. It was against Liverpool, 1-0 and against Ludogoretz 4-0, while both encounters against the reigning Champions league winners, Real Madrid they suffered a defeat. In the last match at home they lost to Real Madrid 1-0, but the Swiss side had their chances and they were playing good, which certainly gives them some confidence for this match.

As for their domestic league, Basel FC are on run of 5 straight wins. They occupy the first place having 8th points more than the second placed Zurich and third Young Boys. Basel boss, Paulo Sousa, for this match can’t count on defender Ivanov and two attackers, Streller and Sio.