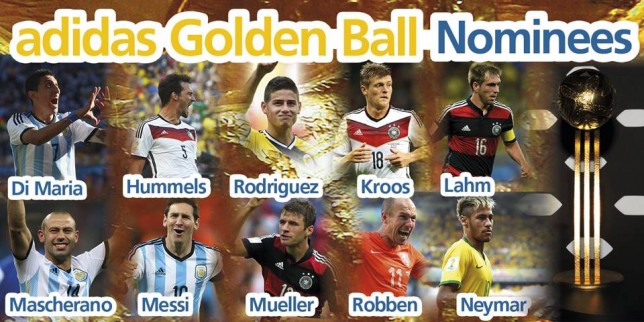 The Golden Ball award four years ago has won the Uruguayan Diego Forlan, while who’s the winner of Golden Ball 2014 will be decided with the combined votes of the FIFA Technical committee and media representatives.

In the competition for the best young players of the tournament are Memphis Depay (Netherlands), Paul Pogba and Raphaël Varane (both from France).