Real Madrid will face Getafe this Sunday at Coliseum Alfonso Perez. Los Blancos will try to react and prove that they’re not in crisis after the bad run of results lately. Carlo Ancelotti’s side was eliminated from the Spanish Cup this week, but besides that they’ve archived only 1 win on 2015 against Espanyol. 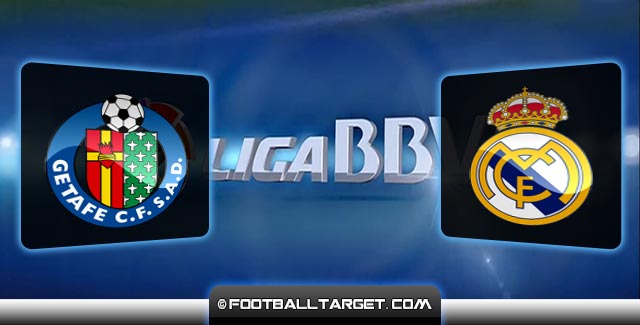 Getafe
Getafe it’s not running in a good form either. Quique Flores’ side has failed to win in his last 8 La Liga games, a bad record that has dropped them to the 14th position, only 3 points away from the red relegation zone.

The Azulones failed to win at their home since last September, meanwhile on their 11 clashes with Real Madrid , they’ve won only one in August 2012.

Real Madrid
The Copa Del Rey Champions were knocked out this midweek from Atletico Madrid after a great performance from Fernando Torres, who scored two goals on the 1st minutes of each half.

Besides being knocked out from the Cup and having a bad run of results lately, Ancelotti believes that his team will bounce back to keep their first position on La Liga untouched.

The Italian coach may make some changes at the starting line up from the last match. As Luca Modric and Pepe remains sidelined, Sami Khedira and Varane are favoured to start from the first minute. Fabio Coentrao will also be unavailable as he will serve his suspension after the red card he got against Espanyol on the last week-end.

Real Madrid star and 2014 Ballon D’or Winner , Cristiano Ronaldo admits that the Copa Del Rey elimination will help them to focus more on the Champions League and La Liga.

“It’ll help us focus. Sometimes it’s better to step back and then take two steps forward.” said CR7. “We must move on and focus on the Champions League and La Liga. We’ll give everything.”