[wp-like-locker][/wp-like-locker]Hannover Fans are very optimistic ahead of the match with Atletico Madrid. Hannover has never lost in the European games at home, and he entered five wins and two draws. In the last meeting at home they overan the Belgian Standard Liege with 4:0.

On the other hand, Atletico Madrid is defeated on just one of the last eight appearances, managing to get five wins and a draw. Spaniards have so far played 31 meeting with German clubs, and enter the 14 wins, six draws and 11 defeats. 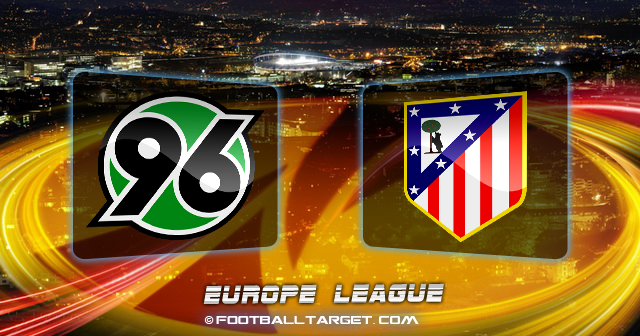 It is sure that for the best four passenger of Europe league Colombian striker Falcao have to say a a lot about, scorer of 17 goals last year which brought the title for Porto. Falcao in the current season, scored seven goals and will do everything to overtake first-ranked Huntelaar and took Madrid team in the semifinals.

Both teams coming into this clash with home league wins which certainly will boost their confidence.Hannover beat 2-1 B.Moenchengladbach and Atletico took the scalp of Getafe beating them with 3-0. Atletio this season is relly good in Europe league,and with in Rome against Lazio will give them some confidence that they could tonight the same.On the other hand Hannover earlier this season beat another Spanish club,Sevilla scoring them three goals.

“We have got to be more courageous,” he said at a press conference.

“We know how strong they are and our respect for them is unaltered, but this time we want to take our chance.

“We know our qualities and our strengths and, if we use them all here at home, then I think we have a chance.”

“It is more of an advantage because they are three important players (Gabi, Arda Turan and Juanfran are all unavailable) and were important in the first leg,” he said.

“Atletico can replace them and will be able to replace them quite well, but I think having three players out suspended is not so good for a coach.”

Arda Turan and Juanfran are both attack-minded individuals, but Slomka thinks Atletico’s philosophy will not change without them.

“I have seen them play often and they rarely had a defensive approach,” he said.