The Three Lions coach , Roy Hodgson admits that his team will not change tactics despite they lost 1-2 vs Italy in the opening game. 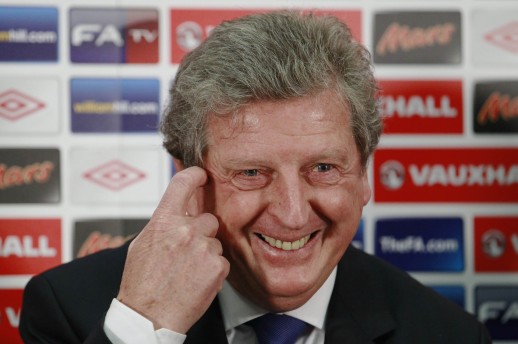 Roy Hodgson says that vs Uruguay , his England will play with the same tactics like they did vs Italy , an open attacking style of play.

“We’ve been working towards this philosophy and now we have the players that can help us carry [it] out.” – told Hodgson to BBC.

“I was really pleased for all the players who were playing one of their first games for England that they could go out against a strong Italy team and, I thought, match them for long periods of the game.”

England is expected to face Uruguay with the same line up they faced Italy , but with a little change for Wayne Rooney. The Manchester United striker is expected to play in the centre tomorrow and not in the wings like he did vs Italy. Even though Rooney did made an assist vs Italy , his appearance was frustrating.

If England fail to win vs Uruguay, they would be eliminated from the World Cup , but anyway same goes to Uruguay. They will face each other tomorrow at 21CET , at Arena Corinthians, São Paulo.