Chelsea have not been performing well lately as they have drawn 1-1 on Premier League against Southampton and they’ve been knocked out from the Champions League after the 2-2 draw against the French side , PSG. Anyway , Jose Mourinho side will have the chance to return to a victory as they face Hull City this Sunday.The Tigers will try to make history as they’ve never won against Jose Mourinho side since 1988. 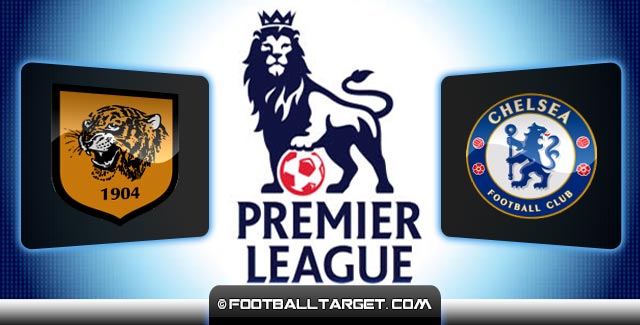 Hull City
The Tigers are only 3 points clear of relegation zone, and they’ve runned in a kind of good form of results lately as they’ve lost only once on their last 6 matches.Anyway their abilities will be proved right now as they have some difficult matches at their home like : Chelsea, Liverpool, Arsenal or Manchester United.

Hull City manager Steve Bruce is confident to achieve the points needed to secure their stay at Top levels of English football.

“I’ve always said from day one that 10 wins is usually enough,” he said. “Looking at the table, I’m not going to be far short of that [currently six].” said Steve Bruce. “It might be nine, it might even be eight. Over the last six games we’ve picked up nine points, which has been terrific for us. It’s got us out of the bottom three and given us a bit of daylight.”

Some good news for Steve Bruce as Robbie Brady returns from a calf injury that kept him 3 weeks away from the fields. Meanwhile, James Chester (shoulder), Liam Rosenior (hamstring) and Mohamed Diame (knee) are still unavailable for this game but they will return to the training grounds very soon.Tom Huddlestone is still suspended after getting off from the last week clash against Leicester City.

Chelsea
The Blues stands first with 6 points clear from the second position and with still one more match to play, but despite that Jose Mourinho admits that the title race is open.

Gary Cahill stated that their performance lately have not been the best possible, as they’ve secured only 5 wins on their last 12 matches and a victory against Hull City would be a morale boost for the Blues.

Jose Mourinho says that for the Premier League is still a five horses race and warns his side against complacency.

“It’s still a five [horse race] because the distance is still mathematically possible,” he told reporters. “The reality is the distance between second, third, fourth, fifth is so short that I look at them and I see that things are open.

“We are in front. The advantage is significant but there’s still a long way to go. We are strong and confident, we believe in our capacity to stay there until the last match but we know we must fight against complacency.” said Mourinho.

The Special one got almost a fully fit squad over there , with only Obi Mikel missing the clash because of knee injury.