This Sunday Inter Milan played their last home game for the season 2013/14 and the club took this opportunity to bid a farewell to their indestructible captain, Javier Zanneti at San Siro. 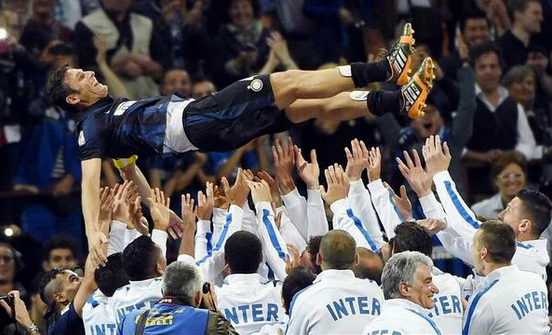 Inter Milan after going behind to Lazio manage to pull a comeback and celebrate a 3-1 win, with two assist of the Croat Mateo Kovacic.

A few hours after the game, the club, trough his Youtube channel produced a video montage which shows a brilliant career of Zanetti “The Tractor” in Inter Milan.