The last meeting of 37th round of Italian Serie A is also and the most attractive this weekend, because in “City of fashion ” meets city rivals Inter and Milan. Besides the standard prestige , this time a special charm to derby gives the fact that for both teams points here are of most importance. Sixth placed Inter Milan is still hopeful of an appearance in European competition, while second-placed Milan is still in the battle with Juventus for the Scudetto. 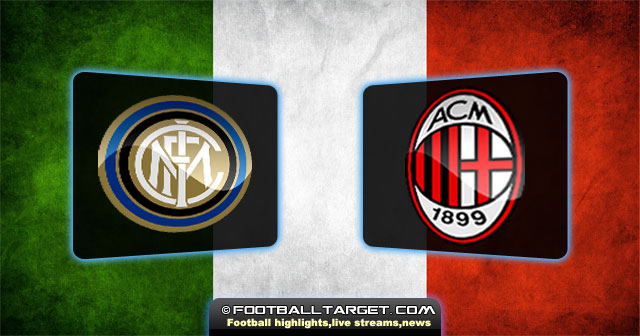 Otherwise, in the autumn part of the championship, Inter somewhat unexpectedly won against Milan, and thus ended a series of AC Milan three consecutive victories, in the city derbies.

But this time, Inter will certainly have a lot more difficult task, regardless of that he is now the official host and therefore will have far more of its supporters in the stands. Specifically, on the other side will stand strongly motivated opponents, who still hopes to defend Scudetto, while Inter in the last round made ​​a huge step backwards towards winning the third place, which this season is the last one that lead in the Champions League.

However, there are still a theoretical chance of that happening, because third place Napoli runs only three points, but if they last round on a guest appearance at Parma manage to win, then this,would be a much more realistic option. Now,after their first defeat under guidance of young coaches Stramaccioni, they are not sure even that they will at least the place that leads in the European League.

We mention this because, currently in front of them are Udinese, who have three and Lazio with one point more, and if at the end “nerrazuri” remain on the sixth place, will not be even in the European league, which would indeed be a big blow for this team.

Precisely because of this ,in the derby with Milan we expect that they will do their best to come to victory, and this can be only done with even more offensive playing than in previous matches, which practically means that next to the striker Milito and Zarate, more forward should act and Sneijder, while on the sides certainly very dangerous would be Maicon and Nagatomo. Anyway, this time due to injuries in the competition are not only experienced defender Chivu, midfielder Stankovic and the young striker Castaignos.

Unlike the Inter, Milan players in the last three rounds have recorded as many victories, with which they again joined the fight for the Scudetto, as the leading Juventus a week ago just drawn against Lecce.

But still the “Old lady” is in the big advantage because it has one point more and a much easier schedule in the last two rounds, so “Rossoneri” in seeking the victory against city rivals, also have to listen news from Trieste, where Juventus is playing against Cagliari.

Anyway, AC Milan in the last round in the home match with Atalanta came hard to the victory, because the second goal they achieved in the finish, so this time they must try as soon as possible to secure the three points, to bypass a nervous and uncertain finish.

But all this is much easier said than done, because against them will have a great city rivals,who need the points also to secure place for the Europe club competitions, and most spectators in the stands will certainly be on the side of Inter.

All in all, Ibrahimovic and company must be maximally concentrated from the first minute, but also aggressive enough to score as soon as possible, so it will be of great importance and impact of Cassano who is recovered, and their playmaker Boateng, who several times was a key player of Milan.

In contrast to this duo, out of the team are still injured defender Thiago Silva, midfielder Seedorf and forwards Pato and Inzaghi.