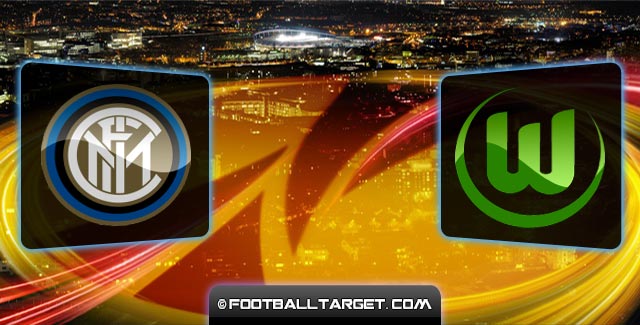 Inter will host Wolfsburg on Giuseppe Meazza this Thursday on the second leg.The Italian side will try to qualify after loosing 3-1 to Wolfsburg one week ago. Meanwhile the Germans are less in tension after winning in the first leg thanks to Kevin de Bruyne performance.

Inter Milan
The Italians lost 3-1 against Wolfsburg last week despite taking the lead at the 5th minute with Rodrigo Palacio. Inter defense made some serious errors at Volkswagen Arena that helped Wolfsburg to get a comfortable win , and making themselves the favourites to go through to the Quarter Finals.

Inter Milan manager Roberto Mancini and goalkeeper Pablo Carrizo spoke on Wednesday ahead of the second leg of the club’s UEFA Europe League round of 16 tie with Wolfsburg.

Roberto Mancini’s side hopes in Serie A Top3 are gone, so the Italian is hoping to do good at Europa League to avoid a failed season. Inter are winless on their 3 last Serie A matches, and they sit 8th with 37 points in 27 weeks.

Inter will be missing Nagatomo and Shaqiri tonight for some slight injury problems.

Wolfsburg are having their best form lately as they stand 2nd in Bundesliga and they’ve got a great record on their last 21 matches as they’ve lost only once.

The Germans got a young and promising squad that would lead them to win the Europa League. De Bruyne and Bas Dost have played a key role in Wolfsburg’s season so far as they both have scored 24 goals this season.

The Ex-Chelsea talent have scored 9 goals and assisted 16 times for Wolfsburg , being the best player of his team and one of the best in Bundesliga.

Hecking will miss Naldo, Aaron Hunt and Patrick Drewes against Inter Milan. Naldo will serve his suspension meanwhile Hunt and Drewes will be sidelined for injuries problems.