Is the sacking of Ian Holloway too little too late for Millwall?

Related Posts
You are here
Home › Football news › Is the sacking of Ian Holloway too little too late for Millwall? 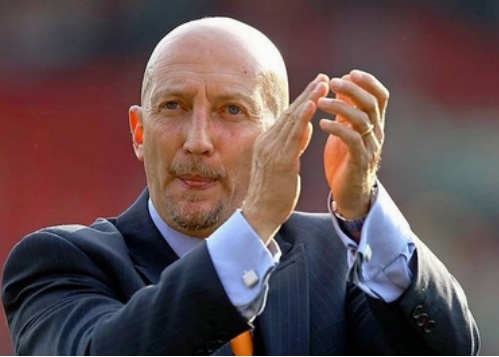 Manager Ian Holloway sacked for the first time in his career. Photo by brizzle born and bred

At the start of the season pundits such as betfair were offering good odds on Millwall to achieve promotion this year. With Holloway at the helm and his experience of getting two clubs promoted (Blackpool and Crystal Palace) in the past, things seemed fairly promising. But now they’re sitting in the relegation zone eight points from safety with only ten games left. Have they left it too late to turn things around?

The 2014/15 season got off to a flying start for Millwall; they won the first 3 games on the trot and drew the fourth. But then it started going downhill rapidly with a big losing streak which saw them without a win throughout the whole of September. The sacking of Holloway came this week after they had failed to record a win in their last six games. It was clear that the club chairman John Berylson had wanted to give him a chance, because of what he had achieved with other teams in the past, and the fact that he had saved them from relegation last year. But with the fans booing the manager and the team off the pitch, they had little choice but to say enough was enough. It was definitely time to make a change. But has that change come far too late? With only ten games left in the season and eight points separating them from the safe zone, it seems like a monstrous task for anyone to take on.

In steps highly inexperienced caretaker manager Neil Harris, the club’s all-time top goal-scorer. Yes, he may be a fan favourite at the den but will he be able to come to their rescue this time? Harris’s managerial experience includes three games where he took charge of Millwall at the turn of 2014, before Holloway was installed as manager. Out of the three games he lost two and drew one. These are hardly promising statistics.

Millwall currently sit 23rd in the league on 31 points. The general consensus amongst football pundits is that to ensure consolidation in the championship a team needs to get more than 50 points. The average point score for the team just above the relegation spots since 3 points was awarded for a win is 49.03. This means that even if the Lions manage to draw every match from now until the end of the season they are unlikely to avoid the drop. From the 30 points still up for grabs they need 19 points to ensure survival. That’s about two thirds of the points they have in total for the whole season so far.

None of this is to say that one should write them off just yet though. One of the joys of the game is that anything can happen, and the Championship is one of the most unpredictable leagues in the world. With the fighting spirit of the club and its supporters, and an old hero at the helm, they could just pull off those victories they need to stay up. Sure enough, all Millwall supporters will be on the edge of their seats, praying to the Gods, but stranger things have happened.

The Lions head to the Macron stadium tomorrow to face Bolton, a side that are sitting a little prettier in the table, but still not guaranteed safety just yet. Who knows, if they manage to pull off an away win under the new caretaker manager, then it may well be worth a little flutter on them going on a winning streak and staying up. Six wins out of ten should do it. Exciting times ahead.