Bayern Munich coach, Jupp Heynckes, after winning the treble this season and leading the Bavarian to Champions league trophy club has confirmed on Tuesday his retirement from football . 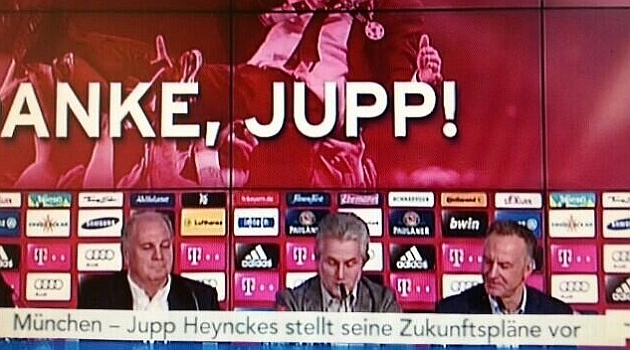 Jupp Heynckes (68) who has won this season the Bundesliga title, the German Cup and the Champions League was one the candidates to succeed the Portuguese Jose Mourinho at Real Madrid bench.However, this scenario won happen,and Heynckes claims that a decision on his future he had taken a year ago after the end of the Champions League , and lost from Chelsea

The Spaniard, Joseph Guardiola will replace Heynckes in Bayern Munich.

“At that time I was very disappointed, like all players, and I also realized that the coaching position at Bayern makes you go to the limit of your physical abilities,” said Heynckes. “With my wife,I agreed to end my contract and then retire. Naturally, after the successes of this season there were clubs that were interested in me,”

“Now I am on vacation and I will retire on July 1 and I will not take over another job in or out of Germany.Still,this that my coaching career has come to end.