The new Italian champion Juventus has confirmed his interest in bringing the best player of this season’s edition of Premier League, Arsenal´s striker Robin van Persie. 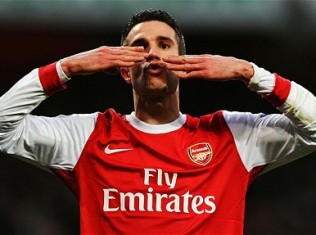 The Turin club wants to strengthen attacks before the season in which they will play in the Champions League and in what they probably will lose veteran Alessandro Del Piero and Marco Borriello, who returns in July to Roma.

“Van Persie is a great player. He is a complete football player and he would be beneficial to any team. But his contract with Arsenal,is valid for one more year. We will try to put the cherry on cake this summer, but the most important is that the final product is good. “Said Juventus director Giuseppe Marotta for calciomercato.com.

Van Persie was named for the best player of the Premier League this season and in the player’s choice and in the selection of journalists. Van Persie is the leading scorer of the English League with 30 goals.

“Van Persie, Suarez or Higuain? These are three important players in their clubs. In a fantasy game, we could bring them all into the same team, but in reality it is a little different. If one of them came to Juventus, it will not be because he is weaker than others,but, because it should take into account other things, such as the financial aspect. Moreover, if Jose Mourinho does not want to sell Higuain, then it is impossible to bring him and this should be taken into account. “Marotta said.