The second derby match of 32nd round of Italian Serie A ,certainly it needs to be more attractive,where meets current leader Juventus and this placed team Lazio.Both teams over the weekend celebrated in important matches,Juve against Palermo ,and Lazio against Napoli ,and know both of them full of confidence waits this clash,which in the end could change lots of thing on the league table. 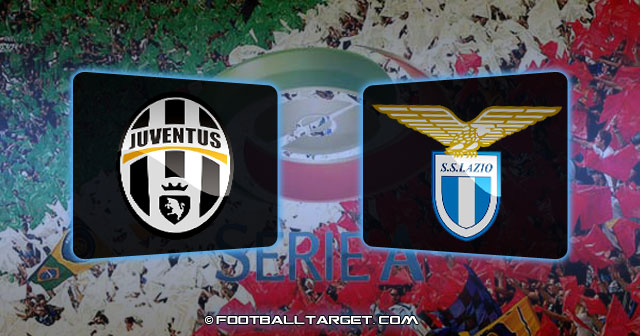 Before all ,we think here on Juventus,who needs every point now in the battle for Scudetto.In last three years,Juventus has extremely good experience in matches with Lazio,where they beat them five times,while only one match ended with a draw.Exactly that fact,needs to be a relief occasion for the hosts,which currently running on the great form and series of results,and with four stragith wins they took the leadership from AC Milan in the league.

However,result from San Siro where Fiorentina surprise AC Milan ( video) certainly did have lots of impact for this situation where reigning champion is now in situation to catch Juventus who seven rounds until the end has a point more.
If they dont keep with current run and continue with the winnings they could ruin all,so for this match we could certainly expect from coach Conte players to enter this match with maximum seriousness,especially in the defensive part where they were really fantastic in last five rounds and completely lock their goal net,by which they are the best defensive team in Italy with only 17 conceded goals and there are the only team in the league which are still unbeaten.

On the other hand,in last four matches they greatly improved their attack,and scored 12 goals,which means on average 3 goals per match.This means,that Lazio defence also will be on hard test,especially when Juventus doesn’t have any injuries in their row,so probably coach Conte will sent the best players on the pitch.

We already said that the Romes expecting this derby match after important win over Napoli,but their main problem is that on the last two away matches they lost,and it would be hard from them to expect that on this match they can take some points from a side.However,their coach Edy Reya is known as person who like challenges,so certainly he will try to surprise somehow Juventus and their coach Conte,like it was the last game with Napoli.

In match with Napoli,Footballers of Lazio went extremely offensive ,and in early stage of the game manage to take the lead,and even after equalizer from Napoli,they manage to keep their own style of play which in the end brought them two more goals and a victory.Brocchi and Gonzales made a real turnover in that match,so they could probably start from the first minute,and on the bench then would be sent Hernanes and not fit completely Cana.In their defence,three players are out due the injuries,like Dias, Konko and Stankevicius,and from before,midfielder Lulic and striker Klose are also out,while Matuzalem is doubtfull.

Prediction : It looks like Lazio is used to losing away games and winning the one at home,and the only undefeated team Juventus needs to keep their winning strike,which we belive they can in this match.Juve is by far in better shape,and title chances are something which will motivated them extra.Juventus to win