In addition to Champions League final, one of the most interesting match to be played this weekend on the European continent is certainly the Italian Cup final, during which at Olimpico meets the new champion Juventus and Napoli, always unpleasant team, who otherwise this season of Serie A ended on fifth place.

As for their mutual encounters in the championship, Juventus at home celebrated with the certain victory of 3:0, while still at the autumn theirs meeting at San Paolo finished with the result 3:3. 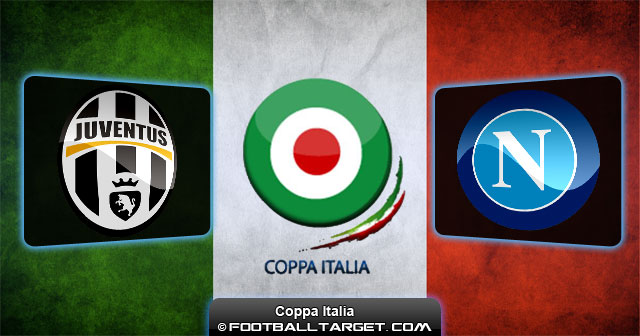 When we add to this,that the previous three seasons all matches of these teams ended with at least three goals, then it is quite clearly that the new Italian champion in the Cup finals will have to adapt to the offensive game of Napoli, because this is really the only way to eventually reach the double crown.

And that would really be a fantastic achievement for this team, which usually before the start of last season, took over their former player Conte, who previously coached Siena, but then only in his favorite club, he showed his true quality.

Of course it would not be at all easy if he had not available a great team, which during the last summer got some quality reinforcements, primarily in the midfield and attack, while the defense of Juventus has always been their trademark .

And it is this part of the defensive team that may have been the most deserving to win the scudetto, because they in 38 games played concede only 20 goals, which was certainly the main reason that at the end of the season Juventus end without a single defeat (23 wins and 15 draws).

On the other hand, only the second-placed Milan, who was left at the end on the four points of difference, scored more goals than them, so that they have shown their strength here also, which in this Cup should come to expression, because they will certainly play without an excessive burden.

Otherwise, for this meeting does not compete only injury defenders Chielini and De Ceglie, while according to some announcements experienced striker Del Piero, for whom this is the farewell match at Juventus jersey, it could even be in the starting lineup.

Unlike Juventus, behind Napoli is a very turbulent season in which they played after a long time in the Champions League, and achieved great results in the group stage, but then just dropped in the eighth finals of the English Chelsea.

Besides, here they are inthe chance to win the Italian Cup trophie, while these constant appearances on three fronts definitely left a mark on the championship, where they eventually finished only fifth.

However, it can be considered as a great success, considering that in one part of the season were much closer to the middle than to the table top, but in the finish of the season they “switch into high gear”, and until the last round they even were in the race for the third place that lead in the Champions League.

However, to their sorrow, Udinese and Lazio ahve also celebrated victory in the final round, which meant that they have to settle with a fifth place and placement in the European league.

Of course that in front of them them, now is a very important game in the Italian Cup, where they hope to be able to surprise the new champions Juventus, and so get at least one trophy, but whatever the outcome of that match is going to be, we are confident that during the summer expects them very hard work to preserve their attackers Lavezzi and Cavani , for who,otherwise is interested almost half of Europe.

Otherwise, this game will miss only two midfielders, injured Donadel and suspended Gargano.