The reigning champion Juventus host the fallen giant AC Milan after missing a chance to extend their advantage to nine points with a goalless draw in Udine. On the other side the Rossoneri finally tasted a win after beating Parma 3-1 and Filippo Inzaghi’s men now are determined to cause a Turin upset. 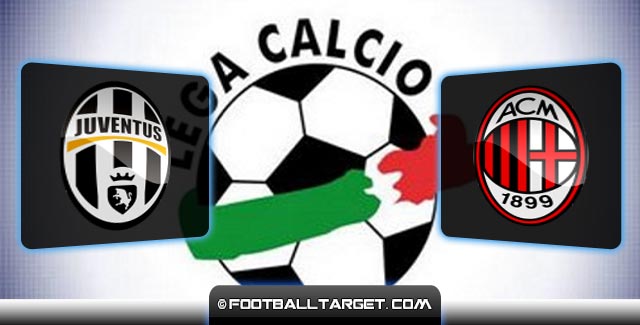 Juventus in the last round have won just a point away against Udinese, but regardless of Allegri’s team kept the big seven-point lead over the second placed team, AS Roma.

The mini-crisis of Garcia’s team Juventus used in their advantage and increased the gap to 7 points and the Bianconeri are on great way of defending the league title, again. Allegri now faces a clash with his former club, big derby against AC Milan. However, due to the fact that Milan has 21 points less than Juve it is clear that in Turin fans expect easy victory over their stumbled rival. After all, Juventus have celebrated in their last four encounters vs AC Milan. Allegri regardless of the excellent situation of Juventus does not want to see any relaxation at his players:

– The match between Juventus and Milan is always a derby. At this moment we have not done anything. I hear and read that the Juventus have already won the championship, but to win the title we need more than 90 points at the end.

Roma is still in the fight for the title and it will be our first rival with Napoli that can make a big comeback in the race. Milan in January went through some problems, but they had a great December

This is always a complicated game and we have to do a great match in terms of intensity and technique.

Galliani did a great job during the transfer period with signing of four potential national team players : Destro, Antonelli, Cerci and Paletta.

Juventus coach can not count on suspended sideback Lichtsteiner, Caceres, Asamoah, Romul and Matri who returned to the club after a good season in Genoa. Besides him from Genoa to Juventus arrived the midfielder Sturaro, while De Ceglie returned from a loan from Parma.

Pippo Inzaghi probably saved his position with a win over Parma in the last round. He can thank to Menez who scored two and assisted one. Milan ended a run of 3-games without any points, while in Coppa Italia at San Siro Lazio knocked AC Milan from the competition. The victory over Parma improved the atmosphere in the club and the hope to fans brought and well done transfer window in which the team got boosted by Antonelli, Bocchetti, attackers Destro and Cerci, and excellent stopper Paletta.
From the first minute newcomers stopper Paletta and sideback Antonelli should play, while Inzaghi can not count on the suspended stopper Mexes, Destro, while due to injuries on the reserve goalkeeper Agazzi, De Sciglio, Abate, Zapata, Bonera, midfielders Montolivo and De Jong, and the attackers Mastour and El Shaarawy.