Nigel Pearson’s Leicester welcome Arsenal looking to enter the first three points and to avoid ending August without a win in their Premier league return. The last time these two teams met in the Premier league was 11 years ago and then Arsenal enrolled a home win while on tour at Leicester it was a 1-1 draw. 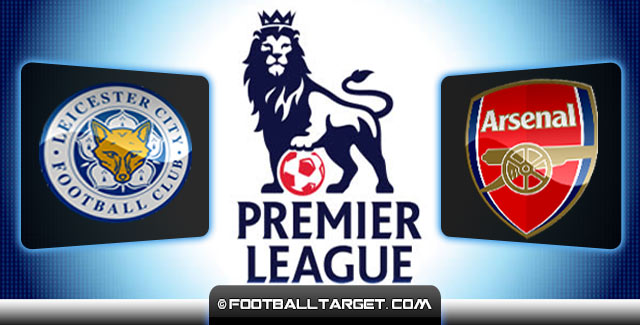 The Championship winner in their return to Premier league in the first round at home pulled a 2-2 draw against Everton after going behind 0-2, while in the second round away at Stamford Bridge Leicester held out for over an hour against Chelsea, but ended with a 2-0 defeat. This Tuesday at the Capital One Cup Pearson’s man suffered a loss at home to League Two Shrewsbury Town, but Pearson has sent out the reserves.

Against the last season’s FA Cup winners, Pearson of course will send the strongest team on the pitch which recently is boosted by experienced Argentine midfielder Cambiasso whom most likely will start from the first minute, as well as two new players, midfielder Albrighton and striker Ullo. On the other hand, due to injury are still out of action midfielder Drinkwater and defenders Bakayogo and Upson.

Pearson on Cambiasso and Leicester’s philosophy

As for the Gunners, this will be their 6th game (official) this season. In each of them they shown a different “face”. The Superb one against Man City in the Super Cup as they trashed the Citizens 3-0, then they enrolled a last minutes home win against Crystal Palace 2-1, a draw in Turkey against Besiktas 0-0, a 2-2 draw in the last 10 minutes away at Everton after losing 2-0, and a 1-0 home win against Besiktas in the second leg qualifications match of the Champions league.

The main ” Goal ” for the opening part of the season is done. That was to secure the Champions league group stage. Now Arsenal can turn they focus a little to Premier league, but Wenger expects a tough game against Leicester City, especially as a few key players are sidelined with injuries. Those are the goalkeeper Ospina , defender Gibbs, midfielders Arteta & Walcott and the striker Giroud

“They have been impressive in their first two games. They had a very good result against Everton… and at Chelsea they played very well,” the Frenchman said on Friday.

“They are a team who have very good defensive solidity, they are very good at counter-attacking and they have good players on the flanks who are very quick.

“They have bought Cambiasso from Inter Milan, a very good, intelligent player – it will be a big, big challenge for us.”