Leicester City welcome the fallen giant Manchester United at the King Power Stadium, looking to take a share of points which the Red Devils lately are dropping, but the last Man Utd’s game and a high 4-0 win, suggest that Van Gaal’s side looks recovered from the bad start, and aims for all three points, 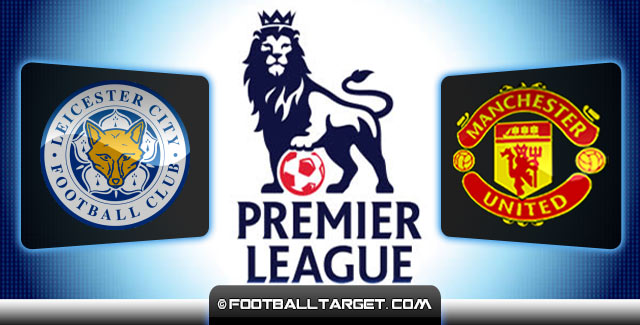 Nigel Pearson’s side after 10 years have entered their first win in the Premier league. It was against Stoke City (away) 1-0 , surprisingly as only a round before Stoke shocked the reigning Champions Man City at Etihad. This only confirms how exciting the Premier league really is.

Leicester City in the opening four rounds have won 5 points, the same as Man Utd, but Nigel Pearson’s men played against the Big Boys, like Chelsea (2-0) , Arsenal and Everton , both at home and both they ended with the draw. This proves that Man Utd wont have an easy task beating Leicester if they wont be on the top level. Further Leicester City boss, Pearson insists that he has only attacking approach for this game in his head :

“Man United have made their intentions clear this summer,” Pearson said. “[It is] an opportunity for our players to face a very good side.

“Internally we expect to maximise our qualities. Every game in the Premier League is tough but we play with positive intent.”

The goalkeeper Schmeichel ( son of the former Man Utd Gk Peter) and midfielder Drinkwater are recovered, and they may be in the starting lineup, while still out of action are injured Bakayogo and Upson( doubt) while Nick Powell who is on a loan-deal from Man Utd is ineligible to play against his parent club.

As for Manchester United, after losing the Europa place last season for the first time in recent history and sacking David Moyes , Man United appointed the Dutch Louis van Gaal as their new coach. At the pre-season in America the Red Devils looked like a mighty team, but the opening of the new Premier league season and losing 2 games, ending one with a draw and finally winning their first game in the last round against QPR 4-0 suggest that Van Gaal has more work to do. From the League Cup, Man Utd suffered a humiliating 4-0 defeat to Milton Keynes, but with a mixed team.

All this forced Man utd’s board to quickly spend more money on the players. In the last match at Old Trafford against QPR this proved to be a good move as each of them proved to be a value key of that win. Rojo, di Maria, Blind and Falcao all made their debuts, and Van Gaal is thinking of starting with Falcao instead of Robin van Persie due to his recent bad form.

Except that, Van Gaal doesnt have a lot of options as Fellaini (ankle) , Michael Carrick (ankle), Phil Jones (hamstring) Ashley Young (groin) and Jesse Lingard (knee) remain on the sidelines, while Chris Smalling returns from a groin injury.

Match Prediction : With the respect to Leicester City, Man Utd is whole new dimension. The last rounds win vs QPR might be the key moment which would turn the season for them. While the Red Devils do have problems with injury in defence, their midfield and attack are more than capable of winning all three points. Manchester United to win for which Bet365 gives a good odd.