Levante had missed a chance to return at fourth position after they were defeated from Sporting Gijon, but the team is very optimistic before the meeting with the Spain giant, Barcelona, and they will certainly do everything to come out from this match proud. 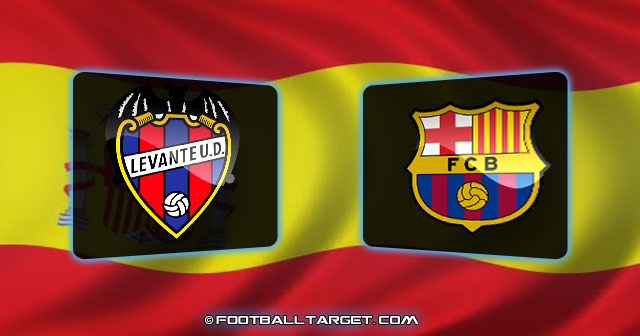 Before the season began, Levante was one of the main candidates to be found at the bottom of the table, but these players quickly showed their unanimity and unity which is noticeable in the team and with a brilliant begin where they won in seven games related which were followed by two initial unresolved results against Getafe and Racing team.

After this success, where they had a longer period of leadership at table from these team were not simply expected to be able to withstand the pressure to end the season, but they have succeeded and they are now positioned it self as one of the main candidates for taking the places which leads in the Champions League, which would certainly be a tremendous accomplishment of this team and the club.

Home team is particularly impressive in their Ciudad de Valencia stadium where the team managed to beat Real Madrid, Atletico Madrid, Sevilla and Malaga, so Barcelona players certainly must not underestimated them in this match.

Players like Arouna Kone, Francisco Javier Farinos and Venta Javi missed training on Tuesday but they should still play in this duel, where we could see Levante´s 4-2-3-1 formation with Munua, Lopez, Ballesteros, Cabral, Juanfran, Iborra, Torres, Valdo, Ghezzal, Barker and Kone inside.

Visiting team Barcelona perhaps dragged themselves trough this season behind Real Madrid but they just did not give up in order to defend their last season’s title of Primera League and at this point their effort is slowly paying off.

The ten-point advantage which had rivals of Barca in just a few weeks dropped to four points, so we can safely say that the Catalans managed to put themselves back in the race for the title.

Next week, Barcelona will host a team of Real Madrid at its Camp Nou stadium and it should be an excellent match in which we hope will be a lot of goals and which will provide us with true pleasure, but before footballers of coach Pep Guardiola starts to to think about this El Clasico,they will have to skip the first obstacle called Levante and then to turn thoughts to the duel with Real Madrid.

This certainly should not be an easy job for the players of Barcelona, regardless of what they are declared as favorites by Bookies, because yet the home team as we wrote it is not a team that easily surrender at home which they show lots of time during this season.

Dani Alves very likely will remain on the bench in order not to risk worsening his injuries while Gerard Pique could join him, but after Ibrahim Afellay returned to full training could be expected in this game. Regarding to this meeting, we can expect a 4-3-3 formation with Valdes,Alves, Mascherano, Puyol, Adriano ,Xavi, Busquets, Iniesta,Fabregas, Messi, Sanchez in first lineup.