Lewandowski : ‘Let me go to my dream club!’

Related Posts
You are here
Home › Borussia Dortmund › Lewandowski : ‘Let me go to my dream club!’

Borussia Dortmund striker Robert Lewandowski said he was convinced that club would let him go this summer to seek happiness at another address. 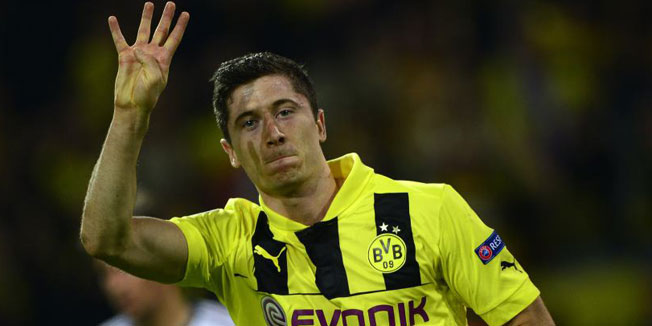 For a few months lasts “drama” with the Polish players Robert Lewandowski who supposedly has already agreed with Bayern. However, his contract with Borussia lasts for a one year more so he can not go anywhere without the permission Dortmund agreement

” I expect that everything will be resolved and that this summer I will go to my dream club. It is in everyone’s interest,” said Lewandowski for weekly Sport Bild.

” Borussia Dortmund is a great club that will always have a special place in my heart. However, now I need a new challenge,” said 24-year-old Pole.

Although he did not mention the name of his “dream club” , German media have no doubt that this is a European champion Bayern Munich.