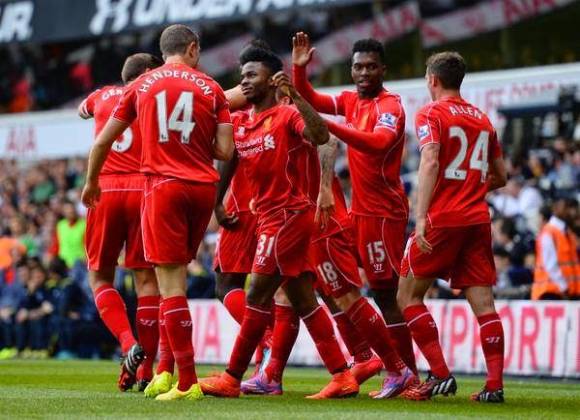 Liverpool was jostling for top spot last Christmas. One year hence, they are struggling to be in the top half. The year represents a lost chance for Brendan Rodgers and his team as Merseyside is coming to terms with the scale of rebuilding required.

When Rodgers took charge, there was optimism that Liverpool will get back to their golden days. It was not misplaced as Rodgers quickly set the team on track and Liverpool started competing on the pitch.

Coupled with the demise of Manchester United domination, Liverpool suddenly was fighting for top honours. In Luis Suarez, Liverpool found an icon to rally around and the wily forward didn’t disappoint.

Though he was much derided in England for his antics on the field, Suarez carried Liverpool on his shoulders to the brink of Premier League title. Anfield was buzzing with thoughts of a first domestic title since 1989-90.

It was not to be, though, at the end as a calamitous Steven Gerrard slip ironically let the title slip for Liverpool. Consolation? Qualifying for Champions League! Suddenly, Anfield is alive and the renaissance is complete.

Or, so they thought! Their talismanic forward, Suarez went to the World Cup and got mired in a biting controversy. Nothing new; but he followed it up with a record move to Barcelona. Liverpool faithful were not surprised but were left ruing the move.

Rodgers brought replacements but none were of the high standards that Liverpool got used to under Suarez. Bad boy Balotelli arrived and did nothing to answer his critics.

The 2014-15 season started on a bad note and it continued with poor results on the pitch. Rodgers was the ‘Manager of the Season’ for 2013-14 but at the moment he is bookies’ favourite to get sacked! Champions League came and left in a whimper.

As festive fixtures approach, Liverpool is struggling to match their off-field expectations with on-field consistency. It looks highly unlikely to find them in Europe next year; unless Liverpool wins Europa League.

And they may struggle to keep their icon Gerrard. What happens in the New Year may determine how Liverpool will shape in the next decade.

Prediction for 2015: May narrowly qualify for Europa League. Rodgers may struggle to survive the sack if they don’t

Players to look out: Steven Gerrard (will he stay?), Coutinho, Balotelli (will he leave?)