After a ridiculous defeat against Newcastle, Liverpool will welcome Aston Villa at Anfield stadium where they will look to break their string of three losses, which have in the last three rounds, but it will not be easy because the Villa wants better performance after their two defeats and avoiding dangerous zones. 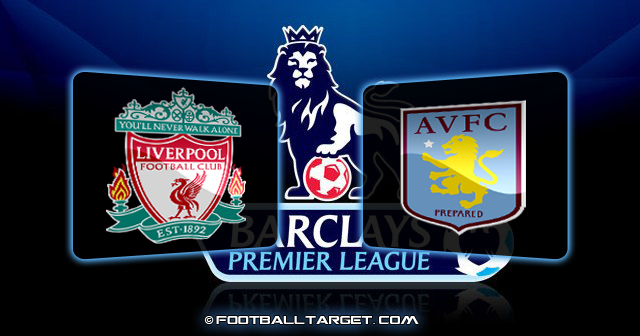 Kenny Dalglish seems to be without ideas at this point. Although his team played well in the first part of match against Newcastle, they have again dropped the ability to achieve a positive result.

Reds goalie,Pepe Reina was suspended after the hitting an opponent player , so it will not be available for Saturday´s match,and Summer signing Alexander Doni is in line to make his belated debut for the club.

Like Liverpool, nor at the Villa are the best things just fine, where they are after some poor results led themselves into a situation not so nice and with a few games left until the end of the season they must awake and begin to record good results to adovid falling into a lower ranking competitions.

Alex McLeish team is currently ranked 15th in the table with a total of 33 points won, and just five points divides them of places which leads directly into a lower ranking competitions what become a concern for all the fans and even the club managements itself .Knowing that they still needs to play with this year strong Stoke City, Manchester United and Tottenham things for them doesn’t looks so good.

It seems that the real problem with Aston Villa, is their offense just does not work good enough,as Gabriel Agbonlahor simply does not achieve much of a goals,scoring just 6 goals in 26 games played ,and knowing that Darren Bent due to injury is still unavailable things problems for them start to grow up even more.

Apart from Bent, coach Alex McLeish has problems with large number of injuries in his team and on list of inyuries are Richard Dunne, Alan Hutton, Carlos Cuellar, Ciaran Clark, Charles N’Zogbia, Fabian Delph and Stiliyan Petrovtwho some time will not be able to play,and we can expect 4-4-2 formation in which we can find Given, Lichaj, Collins, Baker, Warnock, Gardner, Albrighton, Ireland, Bannan, Weimann, Heskey and Agbonlahor.

Prediction : Liverpool is currently in a very bad stage where they need to learn to take advantage of their chances and they have an ideal opportunity on their Anfield against unconvincing Aston Villa, which still is trying to find some good form.Liverpool simple,needs to start winning,so,Liverpool to win.

Watch this match live from our live stream section