Just three days after they were playin at the Wembley and win the FA Cup trophy (Highlights), Chelsea’s players in the 37th round of the English Premiership will play once more with Liverpool, but now at their Anfield Road. However, this match does not have an excessive importance to the hosts, as they are virtually “nailed” in the middle of the table, while sixth placed Blues have only a theoretical chance to reach a place which lead in the Champions league. 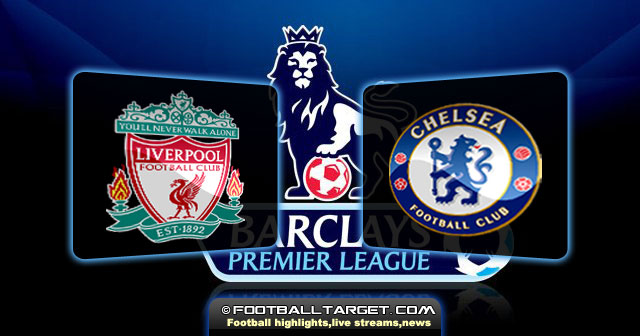 Anyway, before this Saturday’s triumph of Chelsea,popular “Reds” were much more successful in their mutual duels, celebrating four times in a row.

But all that, does not really mean much because the last weekend in one of the most important games against Chelsea they have lost the trophy, while in the championship behind them is certainly another season to forget, given they are currently only on the ninth place.

However, just over two months, they still came up to a trophy, in the Carling Cup, so the next season will still compete in the European league, which is again just a little satisfaction for a team with such a reputation.

Reds during the summer will definitely have to devise a new strategy with which in more recent time they could become much more competitive in the Premier League, where they usually were again recognized for its excellent game in defense, while on the other hand ,in the attacking parts they were extremely variable.

This is what actually cost them to lost the large number of lost points, especially at home, but now,they will probably want to win forgiveness from their loyal fans and on that way get redemption for the defeat in the FA Cup.And exatcly the second half of the FA Cup match (FA Cup Full match) showed that the “Reds” can do much more in the attack, so on Tuesday evening it is expected from coach Dalglish to set something more offensive tactics, which means that the young Carroll could play from the first minute. As for the absences, outside the competition from before are injured midfielders Lucas and Adam.

Unlike the “Reds” , Chelsea’s players can be extremely satisfied with the trophy won in the FA Cup, because with it,they once again showed their mental strength, considering that only a few days earlier in one of the most important matches in the Premiership at home were defeated by Newcastle with 2-0 (Highlights).

That probably thrown them out of the race for one of the placements in the Champions League, because currently to the fourth Tottenham are five points behind, and Arsenal on the third, six points, which even with the eventual triumph over Liverpool at Anfield will be really hard to catch, especially if we know that their competitors in the last round don’t have a particularly difficult task.

Besides, Chelsea players certainly are already focused on the Champions League final match, which is playing exactly for 11 days in Munich, and their opponent except playing at home,certainly will be a lot more rested since their league championship ended just last weekend .

All of this just leads us to the conclusion that the coach Di Matteo at the Anfield Road should send a combined team to rest some of their key players, while the chance from the first minute should get only those who due to records are no eligible to play in the finals of the Champions League. Out of competition for this match are injured from before defenders Luiz and Cahill.

Prediction : Considering that both teams have already provided participation in the European league by winning the Carling and FA Cup,and this game will not decide anything,  we still decided to give the hosts a slight advantage,who likely will want to win forgiveness from thir fans,and at the same time at least partly revenge to “Blues” for Saturday’s match at Wembley.Liverpool not to lose.

Watch this match from Live streams,Watch match Liverpool – Chelsea Highlights after the match at Footballtarget.com