Liverpool aims to continue its successful series  before the match with Chelsea which awaits them in the FA Cup, while Fulham in this duel comes after high losses suffered by the Everton where they were defeated with a score of 4-0. 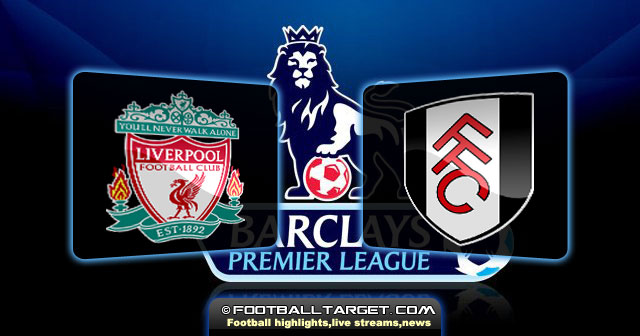 This disappointing season for Liverpool how the thing are maybe still in the end could be more successful than it was last one if Reds manage to win the FA Cup trophy then this could add to the Carling Cup trophy so the season could eventually be characterize as a success.

Reds after a very poor performance in the match against WestBrom have set themselves the task to play good against Norwich team, which they defeated as a guest,and Luis Suarez shine with 3 goals.

Kenny Daglish could omit Steven Gerrard from the lineup for this meeting and therefore it is expected that Liverpool will play with a 4-4-2 formation in which we  could see players like Reina, Kelly, Skrtel,Coates, Jose Enrique, Rodriguez , Henderson, Spearing, Downing,Carroll and Kuyt.

Fulham is coming the second time in the Beatles’ hometown in four days and they will go into this encounter with the hope that it will end up a lot better than the match against Everton few days ago.

The defeat of the 4-0 result that they experienced at Goodison Park by Everton team came just in time when the team achieve some great games, where players were  able to take ten points from the last four games.

Coach Martin Jol player will going in this match with desire to return at least some confidence that they had prior to this meeting ,and surely will try to get at least one point with which they should be returned to the top of the table until the end of the season.

However, this will be much harder to do because Fulham lost last six away games from eight. As for this duel, Martin Jol will not have at their disposal Bryan Ruiz, Zdenek Grygera and Steve Sidwella while Stephen Kelly is injured so we can expect a 4-4-2 formation which could be find Schwarzer, Hughes, Hangeland, Senderos, Riise, Duff, Murphy, Diarra, Dembele, Pogrebnyak and Dempsey