Liverpool host Jose Mourinho’s side , Chelsea in the 11th round of the English Premier league on Saturday afternoon, at Anfield hoping to get past bad memories from the last season, when the Blues ended Liverpool’s title hope with a 2-0 win. 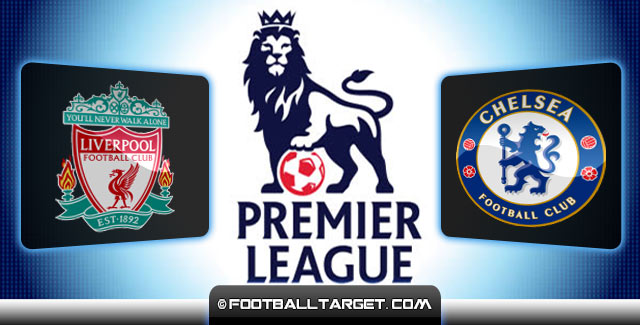 Liverpool
Liverpool’s manager has rested many of his main players this midweek on the Champions League against Real Madrid where they lost 1-0.Beside that , they’re expected to be more fit than The Blues as they’ve played 24 hours earlier than them.

Differently from the last season, where Liverpool were 1st on the league table before facing Chelsea, right now they stand only 7th after collecting only 14 points on the first 10 weeks of the competition.

Brendan Rodgers is hoping to beat the team that he considers the best Premier League team of the moment. He believes that playing in Anfield will be a big favour for his side to archive a win and kick off the season.The Reds manager also admitted that his team wants vengeance for last season clash, a defeat that costed them the title.

Talking about Gerrard slip on the last clash , Rodgers stated : “I think Gerrard recovering mentally shows the magnificent response from him,there was no blame,it was just unfortunate.

“He was instrumental to our run last year and how well we played. He’s a big character and bounced back well from that.”

Rodgers will have to face Chelsea without José Enrique,Jon Flanagan, Daniel Sturridge and Mamadou Sakho. Enrique and Sakho may return on the next clash, meanwhile Flanagan is a long-term injury.

Chelsea
Jose Mourinho will look to extend his unbeatable record in the Premier League for another week. The Portuguese manager might not be happy with his team as they failed to win in the midweek game against NK Maribor for the Champions League.

Chelsea lead the Premier League table with 26 points collected on the first 10 weeks. They are unbeated and 4 points away from the 2nd position, Southampton.

Unlike Liverpool, Chelsea got less injuring concerns. Only Loic Remy seems to be unavailable for Mourinho tomorrow, and Obi Mikel is on doubt. Maybe some good news for Mourinho as César Azpilicueta is back from his 3 week suspension and probably he will give his contribution for his team tomorrow at Anfield Road.